It works like this: you and up to three of your friends take turns placing down platforms, hazards, traps, and all sorts of other goodies on a mostly empty 2D plane, alternating with each placement. Then all of you run through the stage at once, tackling the elements that you placed at the beginning. Points are awarded based on completion and time, making Ultimate Chicken Horse a balancing act: players have to design stages that are hard enough to trip up their friends, but not so fiendishly difficult that they can't reach the end themselves.

Ultimate Chicken Horse launched on Steam two months ago, and the $10 price on the Play Store is five bucks cheaper than the PC version. Even so, I can't help but be disappointed that the developers chose to make the game exclusive to the SHIELD Android TV and SHIELD Tablet. True, NVIDIA's Android hardware is probably the best around for local multiplayer, but there's nothing stopping the game from running on other Android TV units or tablets with HDMI. The 2D graphics are charming, but they don't really need any great hardware power, and anyone who can gather some Bluetooth controllers should be able to give the game a try. 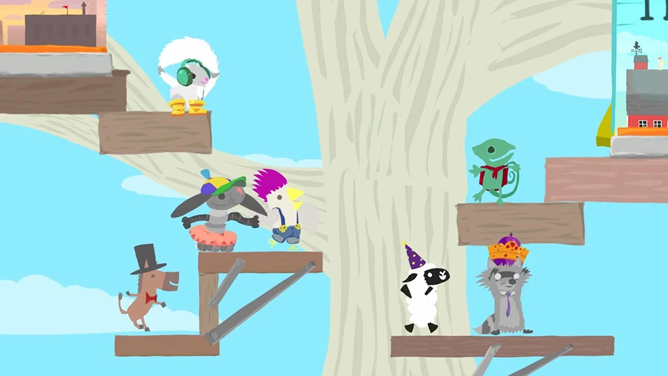 Oh well. I hope whatever heavy lifting NVIDIA did to be the exclusive Android publisher was worth it. AT&T's New GoPhone, The LG Phoenix 2, Has Marshmallow And Only Costs $100