Commenting is for either individual photos or an entire album. Cody already found evidence of it in his Photos v1.16 teardown, so it's not a total surprise it's turned up now. When enabled through an album's sharing options (the feature is off by default), there will be a button on the footer when viewing a photo, or "add a comment" is added at the bottom of an album. There's comment deletion, as you would expect, and a 'copy text' action too. Comments can also be reported for abuse. Like Cody expected, there is currently no editing - you either delete or leave it, there's no middle ground. When someone else comments on a photo or album, the owner will get a notification. 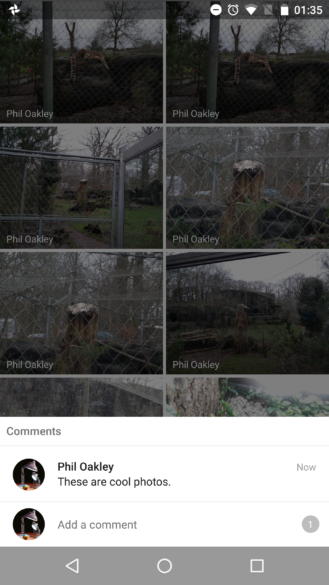 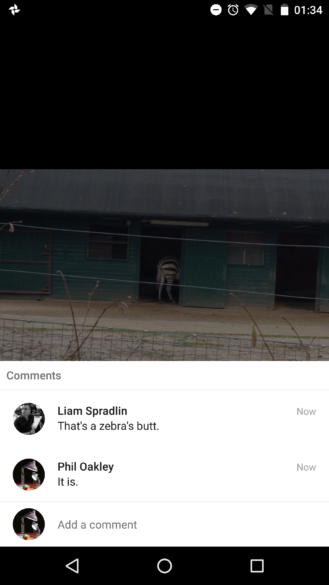 Regarding smart suggestions, if you are viewing someone else's shared album and Google thinks you could add a relevant photo, it will tell you this. I personally couldn't get it working, though; it's probably one of those features which will pop up only occasionally.

[It's The Little Things] Google Calendar Now Automatically Detects And Dials Passcodes For ...