Remember way back in the golden days of earlier this month when we posted about possible upcoming desktop clients for the super-popular WhatsApp SMS alternative? Well the time has finally arrived, a whole nine days later. The company has announced on its official blog that the desktop versions are now available for Windows and Mac OS X. Sorry Linux users, you're stuck using the web client... but if it's any consolation, they look more or less identical.

The desktop version of WhatsApp uses the same credentials as the innumerable mobile apps, along with the phone number-based contact directory that has made it such a popular data-only replacement for conventional text messaging. The initial login requires a QR scan from your phone, so you'll need the app to be active on your mobile device before you can start chatting natively. The client is surprisingly hefty at over 60MB for the Windows version, but it's functional and fast. 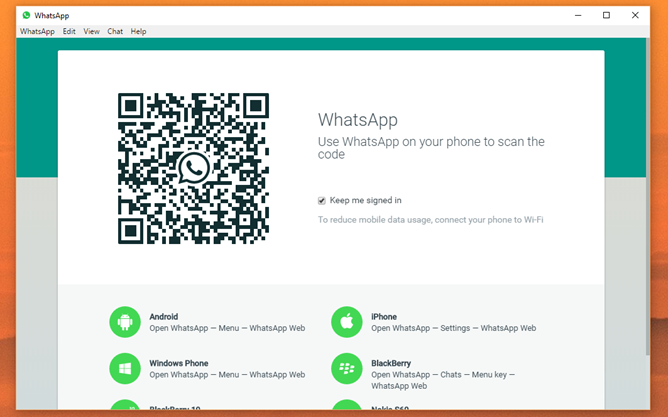 WhatsApp reached the top of the chat service world and got a 19 billion dollar payday by making itself available and interoperable on every mobile platform on the planet, so it seems at least plausible that it will come to Linux at some point. We'll see - in the meantime, use the "Add to desktop" feature in Chrome for the web version and roll your own.