Google has revealed that it's working with renowned artist Jeff Koons on a new live case exclusively for Nexus devices. The case will go on sale tomorrow, but there are several important things we don't know. For example, what it looks like and how much it will cost.

I won't pretend to understand the intricacies of Koons' work, but he's cited by Google as one of the world's greatest living artists. He's famous for reinterpreting elements/people from pop culture and various everyday objects as sculptures and other works of art. A giant stainless steel sculpture of a balloon dog by Koons once sold for $58.4 million, which is pretty impressive regardless of how you feel about the artistic merit of the piece.

The case is limited edition and will go on sale tomorrow (May 10th) in the US only. You'll only be able to get it for a short time—Google does note that supplies are limited. As a live case, it will have an NFC button that does something, but we can't be sure what yet. It'll only be available for Nexus devices, but again we don't know which ones. The 5X and 6P are safe bets, and maybe the Nexus 6 too. I'm sure the design will be divisive, because that's how you know it's art.

The case is now live, priced at $40 for the Nexus 5X and 6P. There are three different styles. There's a live wallpaper and exclusive future art from Koons included. 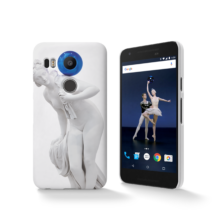 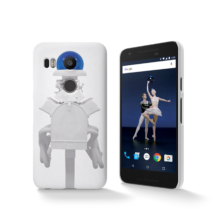 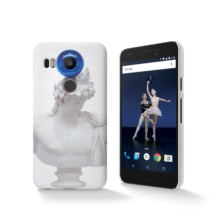