Match-three games are inherently derivative at this point - there's only so much spin you can put on a genre so played-out that even your grandma is probably getting a bit bored swapping kitty cats for lollipops in a landscape best described as the pink-and-yellow paletted fever dream of a six-year-old. But if you're looking for yet another match-three indulgence that sits in at least one of the more desirable mid-outer circles of hell, you might enjoy the latest take on the genre from one of its earliest innovators, Pop Cap, in the form of Bejeweled Stars. Bejeweled Stars is, essentially, insane. You, the matchmaking mastermind hero our universe needs - nay, the one it deserves - must return gems to the sky in order to recreate the constellations in the stars... or something. I'm not sure. I'm really not much for your lore-dense, character-driven casual mobile games, EA. Your trusty guide throughout this adventure is a space cat named Felis, and a space crow named Corvis. You know they are space cats and space crows because they have glowing stars and lightning bolts on them, as you do in space. There is also a space llama (or space alpaca, I'm not a zoologist, geeze) whose name I assume is Llamis is Vicunis or something, because consistency.

On your first play, you immediately dive into the most terrifying portion of the game: pretending to read the many thousands of words of the privacy and cookie policy, terms of service, and EULA that likely grant EA license to do everything but place you in actual jewel-crushing human bondage. Then you start smashing the shiny bits. And boy, do they smash. Explosions, lasers, fireballs - Bejeweled Stars is basically what I imagine World War: My Little Pony would look like, as imagined in a match-three game that is still shockingly like every other god damn match-three game I've ever played, because it's a match-three game. Oh, but you can give your character a bunch of mood emoji that you collect, which completely and fundamentally alters absolutely nothing about the gameplay at all so actually never mind.

On a more serious note, the game is clearly designed for children and the elder set, as even after 30 minutes of continuous play, I found it ludicrously easy. There are timers and in-app purchases because of course there are, this is an EA game, not a charity, and hardcore players will presumably eventually run up against a wall where not making some in-app purchases is functionally impossible if you wish to continue advancing in this meaningless, soul-sucking, nearly-hundred megabytes of name-brand entertainment. Now, I must go: a space bird is telling me to crush more delightful multicolored gems, and I have a universe to save.

Note: this game was in a soft-launch / beta until today, and is now available worldwide. 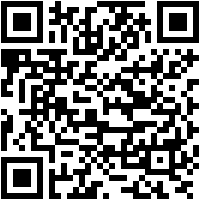