The quick reply notification feature in the Android N dev previews is a major new feature for Android, so it's not exactly a surprise that users on Marshmallow and Lollipop want the feature too. While hacky solutions from the Hangouts and Messenger apps aren't cutting it, there's another app that might: quickReply beta, from Jawomo, developer of the popular Floatify.

quickReply works in much the same way as other notification enhancement apps do - it taps into Android's notification access permission, then monitors incoming notifications. If a message is received, quickReply will interpret this and add its own buttons - 'Reply' and 'Direct' - into the expanded notification, alongside the original app's quick actions. Tapping 'Reply' brings up a heads-up notification with a text box, while 'Direct' is a popup with stock responses - 'yes,' 'no,' and 'Ok.' Because quickReply takes an app's notifications and recreates them, you'll get notifications from 'quickReply' and not other apps. The status bar icons do not change, however, so you'll still be able to identify at a glance what apps have notifications waiting for you. 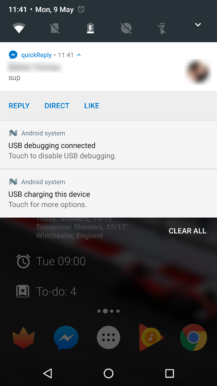 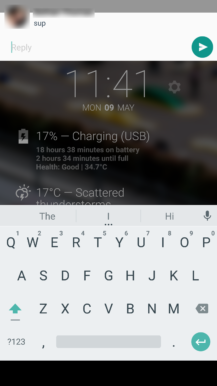 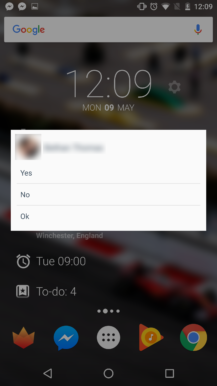 It does seem that the app doesn't work on all the skinned versions of Android, though. On my Huawei P9, I could get Facebook Messenger to work through quickReply, but Hangouts didn't work - I got the notification, but this did not show up in EMUI's notification shade. It was the same with EMUI's built-in SMS app. On my Nexus 6P, running Android N dev preview 2, the app worked as expected, although it cannot clear notifications for other apps - in the case of Facebook Messenger, I had two or three notifications because I had the chat open as the notifications were coming in.

quickReply Beta is free, and there's also a Pro version available for $2.99, which enables features such as unlimited text in messages, easy emoji access, and lockscreen privacy. Until Android N arrives officially and more apps add the native quick reply (or if you're on lower versions of Android), this is probably the best solution. Both the free app and the paid 'unlocker' are available in the Play Store now. 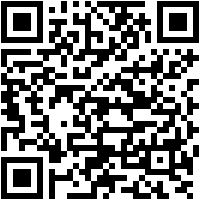 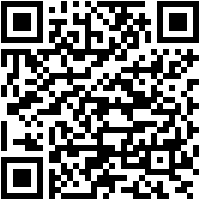 Maestria, A Beautiful Puzzle Game, Is Now Free On The Play Store