VRidge is a system that adapts the stereoscopic output and head-tracking input for the Oculus Rift to an Android smartphone app, allowing games and demos to be played on a cheap headset like Google Cardboard and its various doppelgangers. The idea is ingenious - after all, modern smartphones have screens that are dense enough to replicate VR, sensors for motion tracking, and enough power to handle the back-and-forth video without too much trouble. VRidge (VR-idge? Vee-ridge? Vridge? Videos from developer Riftcat seem to indicate the third option for pronunciation) is currently in beta, running as a server on a Windows machine and a client app on an Android phone.

The tool works fairly simply: start the server program on your PC, connect the app over the local Wi-Fi network, then launch either a demo provided by RiftCat or manually launch a local VR-compatible game from PC storage. VRidge was initially designed only to emulate the function of the Oculus Rift hardware, but a recent update added functionality for games compatible with Valve's SteamVR standard, like the popular space sim Elite Dangerous or the somewhat flippant Job Simulator. The PC program includes a variety of free demos and a download manager.

It's not perfect - players will either need to hold up their headsets View-Master style and operate games one-handed, or else get a more elaborate version with a headband. Early users say that not all VR-enabled games will work with the tool. Even so, it seems like a great way to get a feel for full-sized PC VR games without dropping several hundred dollars on a dedicated headset. 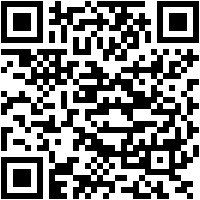