In a move sure to piss off owners of the 2014 Moto X on Verizon, the carrier has released a Marshmallow update for the Droid Maxx 2. There was a fair amount of speculation as to whether the phone would get an update to Google's latest OS considering that the device never landed on Motorola's official list. Alas, Verizon and the OEM seem to have come through. 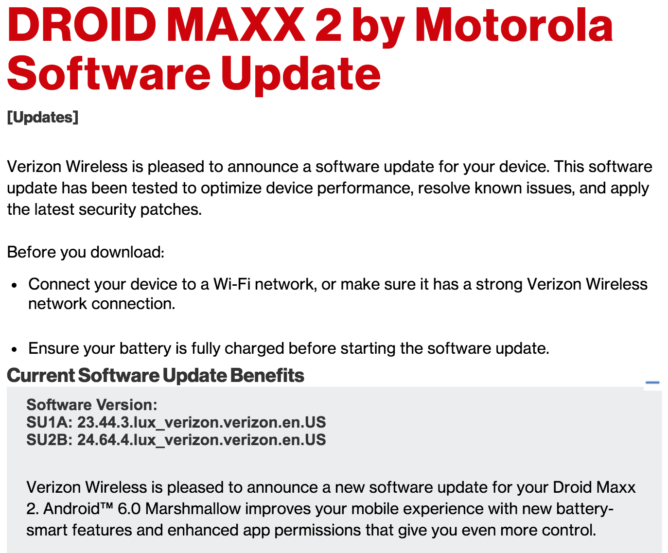 A jaunt through Verizon's support page on this reveals that there don't appear to be any device-specific bugfixes, so you can expect this update to deliver Marshmallow and all the goodies that came with it from Google's side, but nothing more. The update should be out now, so head on over to your phone settings and get s'more out of your Droid Maxx 2!