Update Wednesday has been and gone, but we'll let it pass, as an app that doesn't get all that much attention has been updated! v2.12 of Google Street View is rolling out now, with some new Photo Sphere features and other improvements.

Photo Spheres are now automatically grouped, and connections can be created between them. Your own photo spheres can be multiple selected by long tapping, which is helpful, and the app works in landscape now. Curiously, Google has also added support for KitKat, but when you look at the latest distribution numbers and see that almost a third of Android users still use 4.4, it starts to make more sense. 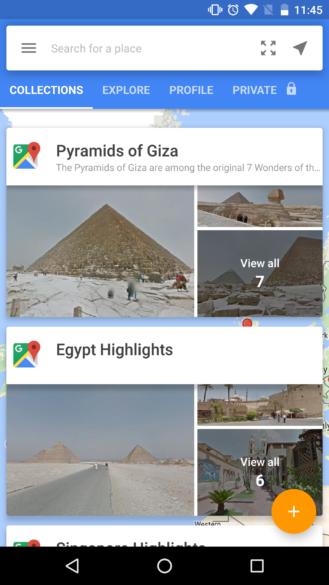 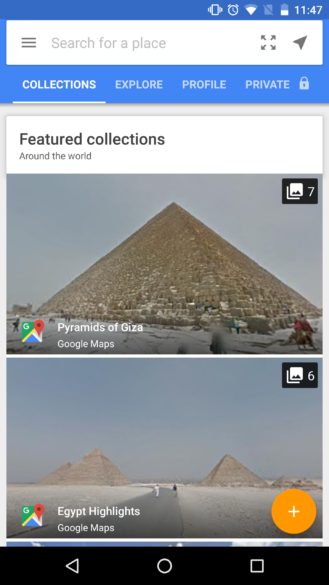 There are also some minor design updates in this version, contributing to the cardless aesthetic Google has been pushing as of late. Captions for groups of photo spheres are now directly on the cover photo, rather than a white header, and there is no collage on the group's cover.

The update is live on the Play Store now, so go grab it, or it's at APK Mirror if you prefer. I'm going to take a walk and make a cool photo sphere.