If you are one of the (presumably) few people who have the LG G Pad F 8.0 on AT&T, get ready for a surprising bit of news. There's an update for this device... and it's actually worthwhile. The OTA brings the G Pad up to Android 6.0 from 5.1. 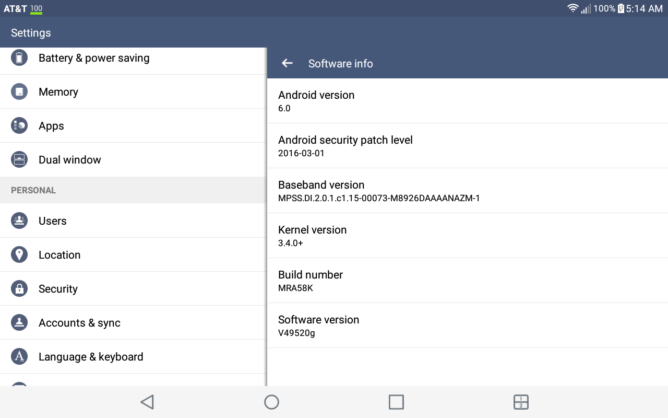 It was nice of AT&T to include some bloatware with the update. That's the price you pay, I guess. Getting Android 6.0 means you'll have doze mode, granular permissions, and Google Now On Tap. It also boosts the device to the March security patch level. The update is available now via the system menu.