The first item is the new sharing popup. We're not entirely sure when this first appeared, but it's there. The popup allows users to change where they're posting to - 'Post to Facebook,' 'On a friend's timeline,' and 'In a group.' This can be switched using the top spinner. Also changeable is whom you share it with, using the normal Facebook options - Public, Friends, or Only Me, plus any other custom sharing settings on your account. Other options include being able to tag friends, add an action (such as 'Watching,' 'Reading,' and 'Playing', among others) or add a location to your status. Tapping the Holo-esque back button brings up a dialogue asking if you want to 'discard the post,' 'go back and continue post,' 'finish and share later,' which makes a draft of the status on the main Facebook site. 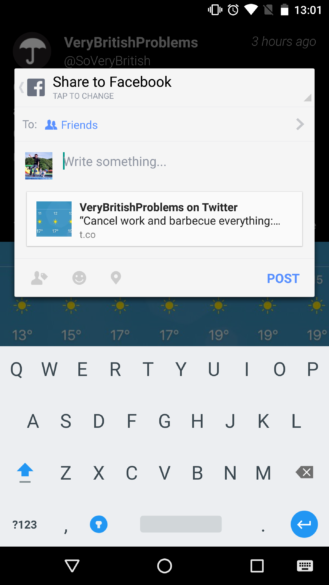 The new sharing popup. 'Tap to change' gives users an option to choose where they share.

It also appears that Facebook is testing a new row of bottom tabs. I don't have this ribbon so I can't go through it thoroughly, but it seems to contain categories of things, such as Selfies, Friendship, Animals & Pets, and Celebrations, among others. These are able to be toggled on and off depending on user preference. 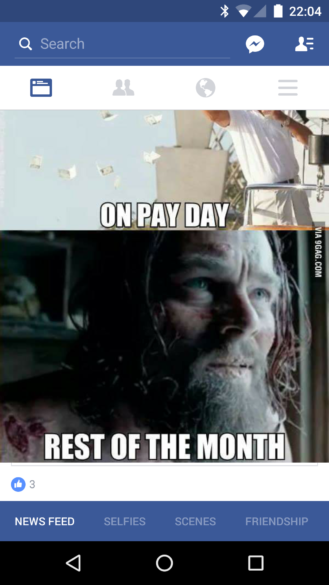 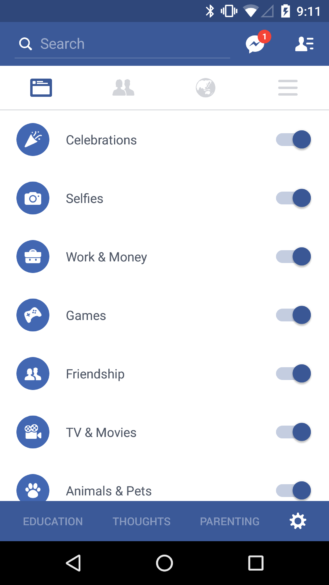 Left: the bottom ribbon of tabs. Right: the options screen to toggle tabs on or off.

You may have seen that Facebook has also implemented a transparent status bar, meaning it's blue on the news feed and transparent on profiles. It looks really good, and judging by the amount of people I've seen tweeting or commenting on it around the web, others think the same. Also steadily rolling out is a Live Video tab, which goes in between the friend requests and notifications tabs. 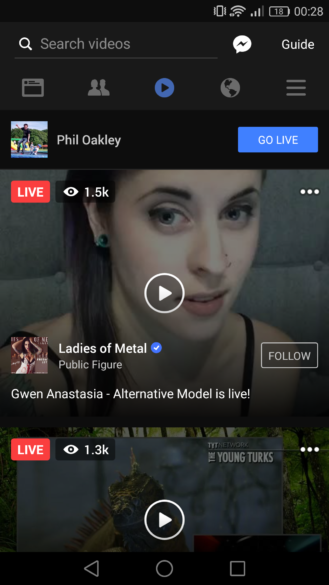 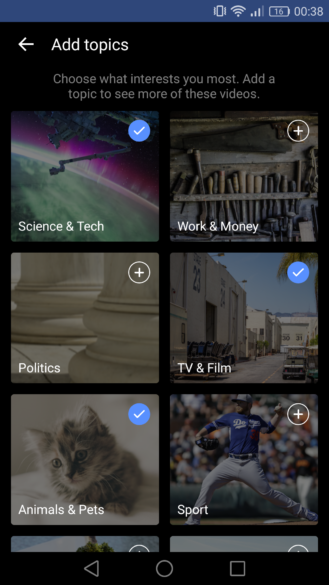 Left: the main live video screen. Right: the 'Guide,' showing different categories of live video that can be followed.

Improvements coming to the Facebook app. Who'd have thought, eh? Let's hope the battery consumption and frequent location requests through Google Play Services are reduced too. These are all server-side switches, so all you can do is wait for them to reach you, but if you want to install the Alpha or Beta Facebook APKs, they're available over at APK Mirror.

Android Pay v1.3 To Allow Use Of Loyalty And Gift Cards Without Unlocking [APK Teardown]