We all love podcasts, amirite? I'm currently listening to the latest 'No Such Thing As A Fish' episode. Audible, the audiobook company owned by Amazon, has officially put live 'Channels,' a way to listen to news shows and podcasts in the same app you listen to books in.

Audible members get unlimited access to Channels, meaning they can listen to ad-free podcasts, news shows, and comedy at no extra charge. The content in a channel can be either streamed or individually downloaded for offline listening. Channels can also be followed, giving users an easy way to stay up-to-date. 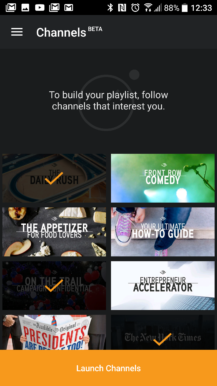 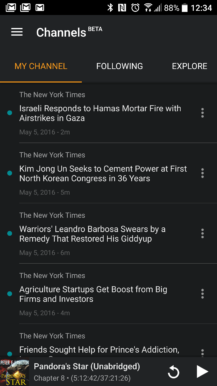 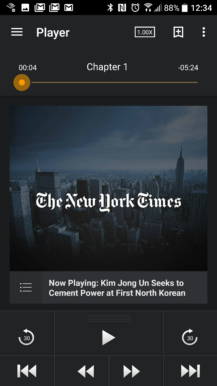 Left: The main Channels screen. Middle: A list of content in a Channel. Right: The Channel Player, similar to the audiobook player.

The Channels feature is live from today, but it may have been live for longer - at least one AP team member has said they saw it live a week or so ago. Audible announced the feature almost a month ago, so it's possible the company has been testing on a limited group of users in preparation for a larger rollout. The feature is currently in beta, too, so maybe it's not quite finished yet.

If you have a qualifying Audible account, Channels should be live now.

Audible Channels is a curated collection of premium short-form content including ad-free podcasts, news, comedy, exclusive shows and more. Audible.com members get unlimited access to Channels as part of their membership at no extra charge.
- Channels you follow are now synced to the Cloud.
- The Audible app now needs fewer permissions.
- Bug fixes and improvements.