Cody found evidence of an improved smartburst for Google Photos in his v1.16 teardown, and on the v1.17 official changelog it listed 'Improved burst photo support' as one of the points. Now, just after the v1.19 update, it seems the new Smartburst is finally starting to rollout to general users via a server-side update.

The way smartburst works is a vast improvement to what we had before. Simply put, the individual photos are now able to be managed in one entry, rather than having eight photos listed in the main photos list, as was the previous behavior. A scrubber is used to move between each image, and the currently selected best image has a white dot so you know which one Google Photos prefers. Tapping a button on the toolbar produces a bottom sheet which allows users to either set the selected photo as the main photo, an option to keep only this photo, or to create an animation (which allows a user to recreate an animation once other frames have been deleted). The other normal options are of course still available on that same toolbar. 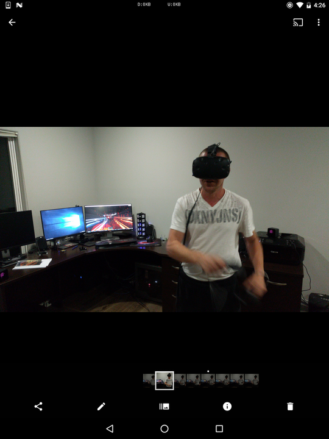 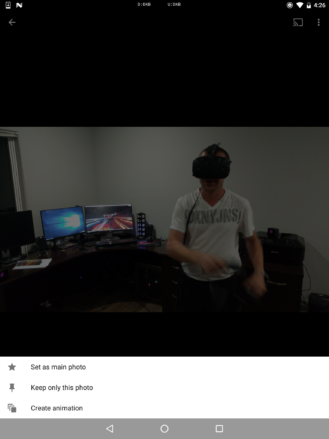 Left: a single photo selected out of eight burst photos. Right: the bottom action sheet, brought up by selecting the middle button on the toolbar.

The rollout has started, but it doesn't seem to have arrived for many people; currently, Artem is the only person on the Android Police team that has it, and only on one device. The feature only seems to work on Android for now - the Photos web app is not Burst-aware as of yet. It works in both v1.18 and v1.19 of Photos, but if you'd like to get the v1.19 APK, it's available over at APK Mirror.

GoPro's Quik Video Editor Comes Out Of Beta, Available For Everyone Now