Of course Gangfort isn't officially licensed, so its nine classes, control point and payload modes, and pixelated graphics are only "inspired" by TF2. That said, it's pretty easy to see the parallels in classes like "rusher" and "marine," all of which use weapons and tools that mirror their Valve counterparts. The Rusher runs fast and double-jumps, the Torcher uses a flamethrower, the Marine shoots rockets and jumps with them, the Builder can place auto-shooting turrets, et cetera. Veteran TF2 players will be able to step into their accustomed roles and strategies in two dimensions instead of three easily.

Controls are quite good: control movement with the left thumb and shoot direction with the right, with extra buttons for jumping or contextual actions like the Spy Agent's backstab. Gangfort includes both single player (with all other players controlled by AI) and online multiplayer for both control point and bomb modes, and servers are already up and running all over the world. (Be warned: the servers are very picky when it comes to ping, so you'll probably be limited to those on your own continent.) The action is fast and furious, and it should run well on low-end hardware since the install size is only 15MB. The only thing it's missing is support for external controllers... and hopefully Android TV. (Please, developers?)

Gangfort is just $2 with no ads or in-app purchases. Grab it if you want some cheap, fun, and slightly derivative 2D online shooting. 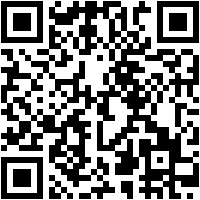