This post is a bit meta, as Android Police itself is a WordPress-powered site. But anyone who uses WordPress will appreciate the massive, much-needed feature introduced in the beta version of the Android app today: finally, a true visual editor.

You see, previous versions of the WordPress Android app have offered a semi-functional visual editor when publishing or editing content, but this editor was extremely basic. Certain formatting and content like bolding, italicizing, underlining, strikethrough, quote blocks, hyperlinks, and images could be previewed live in the editor - but only when publishing a new post. When editing an existing post, the shortcuts for these tools were still available on the toolbar at the bottom of the screen, but they inserted the naked HTML markup into the editor, because the editor was, to use the technical term, janky as hell. The Android app's editing interface was basically a for-emergencies tool that could be used if you really had to and had no access to a PC. Even the WordPress web interface in all its gluttonous bloat was often more usable than the Android app on mobile.

So, basically, we go from this awfulness: 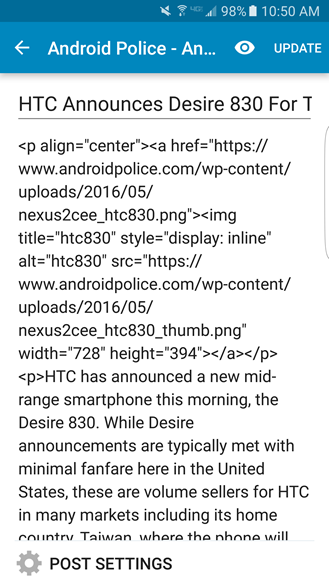 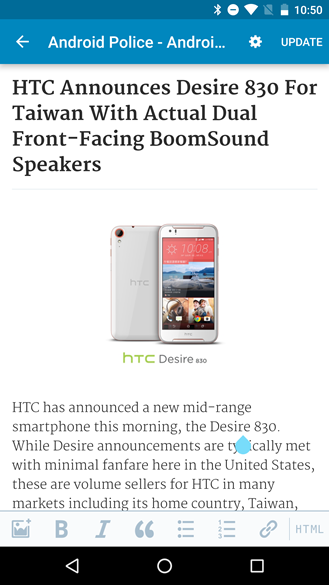 New options in the editor itself included bulleted and ordered lists, as well as an HTML view toggle instead of the HTML-limbo-land view of the old app.

The 5.4 beta app also makes various tweaks to the editing UI to make it look a bit less, well, old, and small other features include support for Smart Lock sign-in and the ability to change your Gravatar photo by tapping your profile picture on the "me" screen. That's all well and good, but it's clearly the visual editor that's the star of this show. You can get the updated version of the beta - again, this is a beta - on APK Mirror right here, or via the Play Store if you're enrolled in the WordPress beta. The changelog follows.

5.4-rc-1:
* New visual editor.
* You can now update your Gravatar by tapping your profile picture on the Me screen.
* Enabling Smart Lock for Password, to pre-fill username and password fields on the Sign In screen.
* Minor fixes in the Reader.

Nova Launcher v4.3 Is Out Of Beta With Night Mode, Android N-Style Folders, And More

A Month Later, Facebook Live Tab May Be Going Live In Android App - Are You Seeing It?