The Nearby API is arguably one of the coolest features Google introduced in Play Services last year, but its potential remains largely untapped. Pocket Casts and Trello were one of the first apps to use it for sharing, but very few apps have since followed suit and even less have been built solely to utilize this new capability. Last week, we heard of Radon, an app that shares links to nearby devices, and today we have another new app that does the same for contact cards: Card Case.

Contact sharing is, if you ask me, one of the most logical ways to use Nearby. When you're networking or meeting new people, you really don't want to carry around physical business cards, bother with manually entering phone numbers and email addresses, or fumble with NFC only to discover that one of the phones does not have the requisite antenna or that you can't figure out the exact way to share a contact detail with each other. It makes so much sense for your phone to sense nearby people, tell you if they have their contact details available, and ask if you want to save them to your address book. But Android doesn't do that natively yet, and so Card Case is there to fill this void.

As with Radon, all parties have to have the app installed on their devices. (It's a small 3.3MB download, so it shouldn't be a problem to ask someone to grab it from the Play Store on the spot.) Once you open it, you create your own contact card with a photo, name, email address, phone number, and any other information you want to add. You're then directed to a screen where Card Case asks for a permission to use Nearby and then starts broadcasting your card's availability to other devices. When another Card Case user(s) pops up, you see their card in the received stack and you can tap to view all of the details that they've shared. 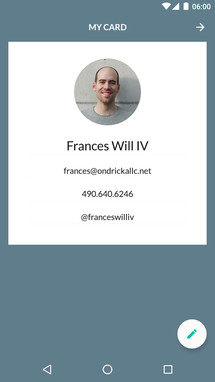 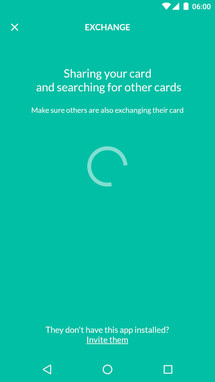 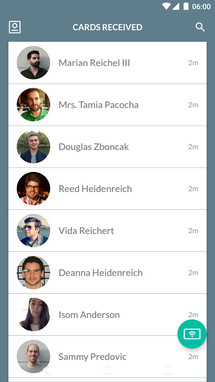 That's really all there is to Card Case right now, and that's both a good and a bad thing. There's a certain layer of privacy due to the fact that all parties have to be using the app at the same time to get each other's details, but there's no confirmation dialog so you can't really know who's got your card or limit it to a specific person around you: everyone with the app on board is fair game. The other limit of the app is that, as far as I can tell, there's no way to save a card to your own contacts list, which makes this very limited in scope and usability.

Card Case is free to download on the Play Store so there's no harm in checking it out right away and you may want to keep it nearby in case it gets updated with more features later on. 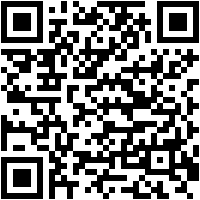 Rant: Has Android Wear Failed To Make A Case To Normal Users?