Keyboard apps aren't the most exciting things, but they're one of the apps you interact with most on your phone. Think about how much you type, and how much that experience has improved over the years. Google hasn't added anything important to the Google Keyboard lately, but apparently they've been saving it up. The new v5.0 update is rolling out, and it's huge. There are UI tweaks, new gestures, layout changes, and so much more.

Here's all the new stuff we've found so far. We'll update as we spot more changes.

So, this is clearly a massive update. This could have been split into two updates and they would still have been significant. The keyboard theme and layout have gotten a few important tweaks, not the least of which is the ability to show key borders on material light and dark. If you've never liked the un-bordered look of the material keyboard, this is for you. However, the old holo themes are gone in this update. Now that you can have key borders, the last reason to use the holo version is really gone anyway. You can also change the height of the keyboard in the settings. 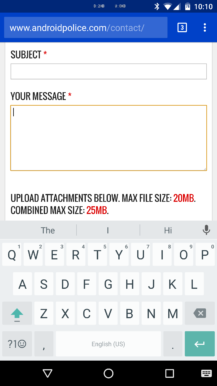 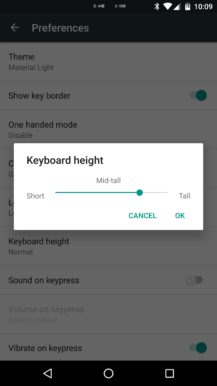 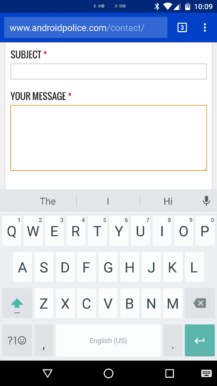 Google also added a one-handed mode to this version of the keyboard (see top). It's accessible with a long-press on the comma (see below) on the search/enter button. It's also in settings. The handedness of the keyboard can be changed with the arrow button. There's also a button for going back to full-screen mode. The alt/number layout also has new buttons for quick access to the numpad and emoji keyboard now. They're on either side of the space bar. 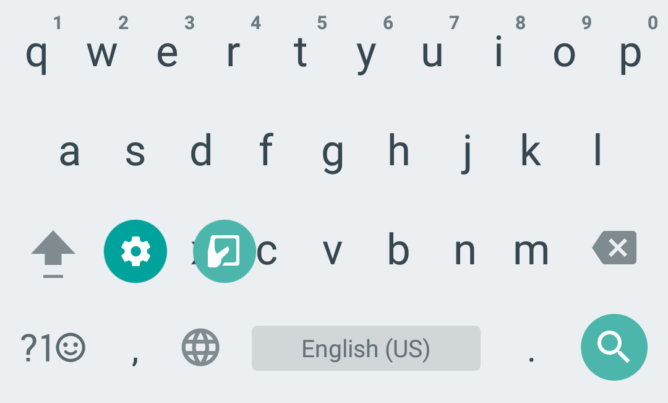 The other big change is in the gesture typing menu. By default, you'll now see dynamic suggestions in the suggestion bar instead of floating along with your finger. I feel like this makes a lot more sense as it doesn't get in the way as much. The toggle for the floating preview is gone, obviously. There's a new gesture now that deletes entire words with a swipe left from the delete key. Go slowly and words will be highlighted one at a time. Let go, and they're gone. Very neat—almost as neat as the new cursor control gesture. Yes, no more fiddling with that selection handle when you're just a letter or two off. Just tap and drag left and right to move the cursor. Anything that pops up in the suggestion bar (gesture or not) can be long-pressed and dragged to a trash can (it appears above the keyboard) if you want to remove it. 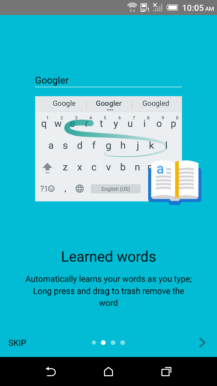 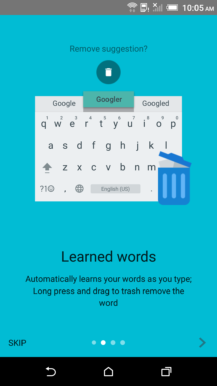 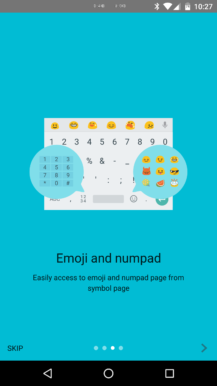 As usual, Google is rolling this update out in stages. We've got the new version on APK Mirror right now. Unfortunately, all we've got so far is the ARM64 version. It doesn't look like this APK will install on Android N, so sit tight on that front too. More variants will probably appear soon, but this is one of those times you don't want to wait. This is a great improvement over the last version. We'll update this post if we come across any more important changes.

The ARM version is now available too.

The new version also appears to have a nifty feature when you're logging into an app or website. When you highlight a password field, the suggestion bar becomes a number row. Super-handy for all those numbers you ought to have in your password. There's also full unicode 9 support, which has consequences for how emoji are implemented. You'll still need to wait for this to be available on Android N (or flash the new emoji on an older device), but with the expanded Android N emoji, you can long-press on certain emoji to get different skin color versions. We don't know for sure how this will look as it's not yet possible without some workarounds. 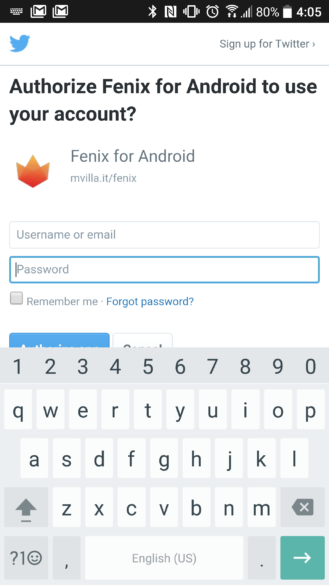