If you're an avid tabletop role playing game enthusiast, it's almost impossible that you haven't heard of Pathfinder. This re-organized variant of the Dungeons & Dragons ruleset, published by Paizo and supplemented with a huge variety of extra modules, literature, and lore, has quickly become one of the most popular tabletop RPGs on the market. The publisher has created a few satellite properties for Pathfinder, including novels, comic books, and a licensed card game called Pathfinder Adventure.

Pathfinder is a bit too complex for a faithful digital rendition on Android, but the simplified card game is perfect for a little mobile play. The Android version is now available as a free download in the Play Store. Pathfinder Adventures (note the plural) uses a lot of the familiar systems put in place for the RPG. Players will see classes, locations, equipment, and specific characters from the Pathfinder world, all somewhat simplified into card-and-board flavors. The game supports single-player campaigns and multiplayer via "hot potato" local play. Unfortunately, the developers seem to have only made art assets for 4:3 screens, so playing on a phone or a widescreen tablet is awkward thanks to big open spaces on either side. (Hey Obsidian, you know that people own devices that aren't iPads, right?) 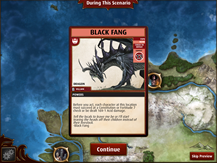 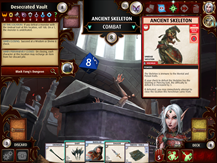 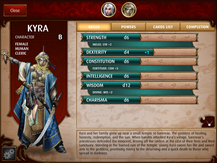 Pathfinder Adventures is free, so yeah, there are in-app purchases. In-game currency can be bought with real money, and the expanded card sets from the real world are present in the digital version, too. That said, the IAP is capped at $25 (the cost of the expansion), so the developers aren't unduly greedy. The game is compatible with Android 4.0.3 or later on phones and tablets. The Play Store listing says it's compatible with Android TV, but it's lying. PSA: It's Easy To Get Song Lyrics From Music Apps In Google Now On Tap