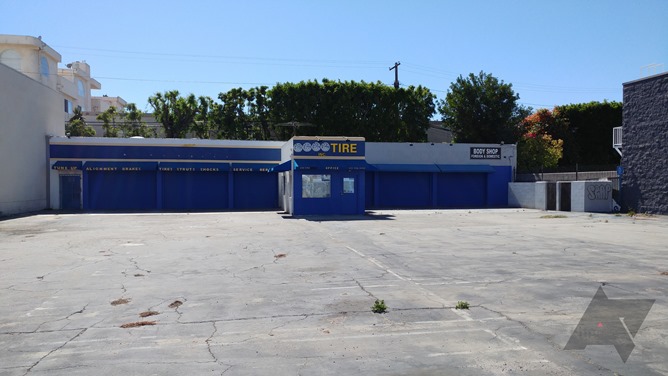 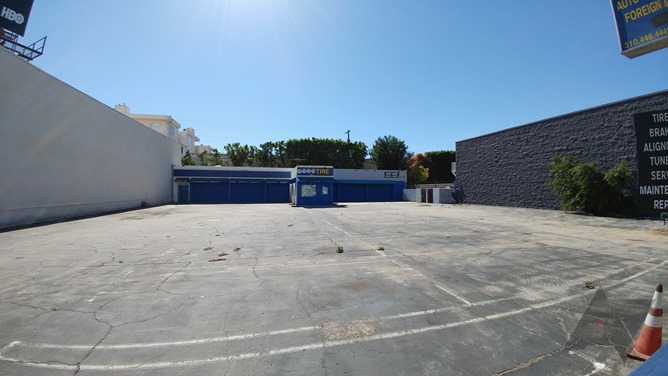 The wide-angle camera allows you to capture a hugely greater area than the standard camera, making it perfect for big landscape shots, group photos (especially indoors), or really capturing what a room or space looks like. It's also just plain fun. And you can even record (4K!) video with the wide-angle camera, which is bound to produce some interesting results. And these wide-angle photos look a lot better than what you get by slapping on one of those mini-lens kits to an iPhone, the optics are far, far better optimized. 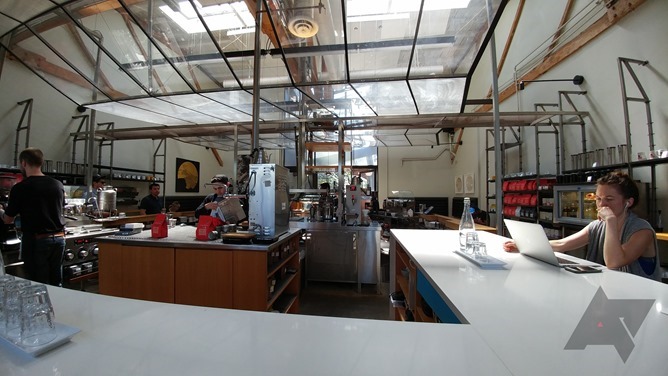 This is actually probably my favorite thing about the G5, full stop: this camera. The novelty is something that I think won't easily wear off on owners, and there's no doubt this setup will create more usable or visually appealing images in certain situations. For the one thing many people were prepared to write off as the G5's "gimmick," the wide-angle camera is probably the surprise hit. I want this on all of my smartphones.

LG has gone out of its way to design a metal smartphone with a user-removable battery, something you don't see anywhere else in this price bracket. Not Sony, not HTC, not Samsung, not Apple (obviously), not Motorola: just LG. And for someone who really doesn't mind carrying around a few extra batteries for that peace of mind, this is pretty awesome. If I worked the kind of job that had me out in the field, not at a desk or in a car for extended durations, swappable batteries would provide real added convenience, no doubt. 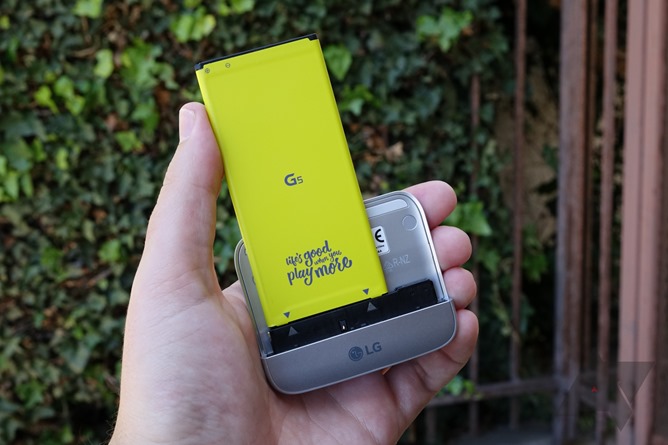 Carrying around a portable charger means having your phone tethered to the thing, and that can be a major annoyance. Being able to pop out your phone's battery, swap in a fully-charged one (and charge the other one in the charging cradle with a portable battery in your backpack, for example), and just boot up and keep on going is a real value-add if you need it. And LG's the only one giving it to you.

Do the Galaxy S7 and HTC 10 have an infrared blaster? NOPE. Samsung and HTC have dropped the IR port on their latest devices, but like the removable battery, LG isn't letting this thing die just yet. Samsung in particular took a lot of heat when they dropped the IR blaster starting with the Galaxy Note 5 last year. LG seems to definitely be making a thing of keeping around features that are popular with power users on their devices, and the IR transmitter is no exception. 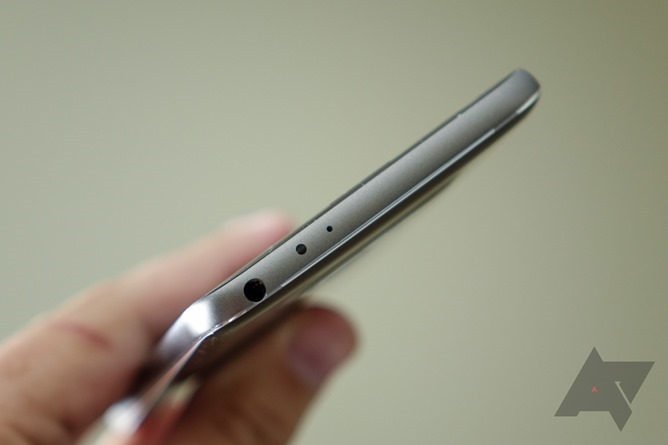 IR transmitters can be used for home entertainment systems and other devices in your home that utilize IR to communicate. Smart home enthusiasts may also have their own specific uses for IR transmit capabilities, so the feature could be particularly critical for existing, customized setups.

It also, of course, lets you control your TV directly with your smartphone, which if you're in a house where the remote is getting lost frequently (or perhaps more common today: the battery is dead), this can be a much handier way to control things.

OK, this one isn't specific to the G5, but it could matter a lot to owners of the G5 a few months from now when Android N is released. Do you know when the LG G4 first started receiving Android 6.0 Marshmallow? Late October 2015, mere weeks after Google uploaded Android 6.0 to AOSP. The first Galaxy S7 variants didn't get Android 6.0 until a few months later, in February 2016. LG was also quite quick when updating the G3 to Lollipop in 2014. 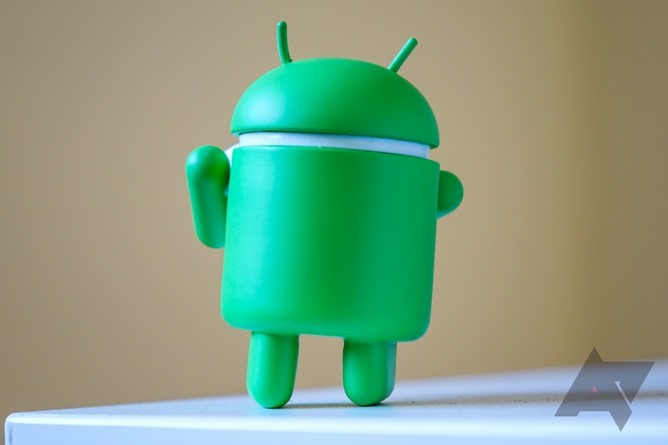 Now, US carrier versions of the G5 will obviously wait longer than a few weeks to get their major Android OS updates - US G4s got Marshmallow in February, though Sprint's version managed December. Galaxy S6s in the US didn't start getting Marshmallow until earlier this month (April). But LG has been consistently quick in the last couple of years with OTAs, and they're also not leaving devices behind - the G3 just got Marshmallow on AT&T and T-Mobile yesterday. That was a fairly long wait compared to the G4, but the G3 still got the update. The vast majority of Galaxy S5s in America still don't have Marshmallow at all, and the global rollout just really ramped up last week.

So, four or five months from now, LG G5s in America could be receiving Android N already, while Galaxy S7 owners may be left waiting weeks, or quite possibly months, longer for all that N goodness.

#5 [Some Versions] The FM Radio

Another legacy feature that Samsung and HTC have basically abandoned on newer devices? Yep: FM radio is a legitimately useful add-on, and one that basically every smartphone should support, but that has nearly been destroyed by the profit motives of the music streaming and wireless carrier industries. 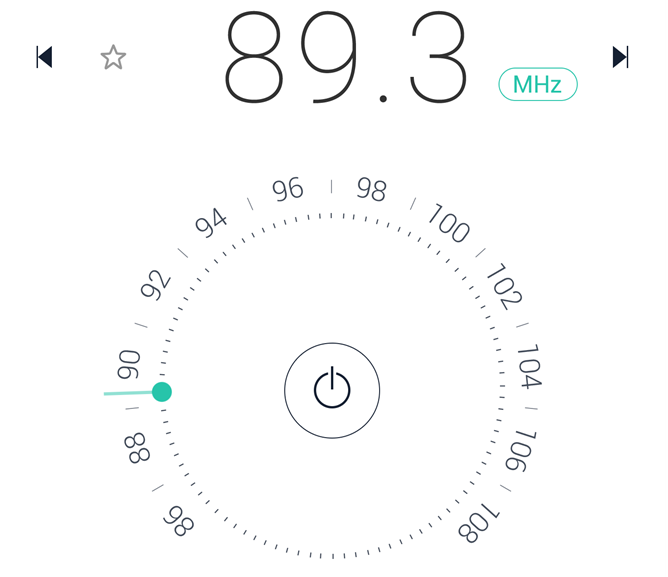 LG's unlocked G5s should all ship with FM radio enabled as far as I know - my unlocked EU version has the FM radio app installed by default. Unfortunately, I already know Verizon has disabled it on their G5, but it does appear to be active on Sprint's (you'll apparently have to download an app to use it, though). It looks like T-Mobile and AT&T may have disabled it, as well, annoyingly.

But for those of you outside the US, the Galaxy S7 and HTC 10 don't offer FM radio at all - the G5 is the only one of the big three flagships this spring that is at least trying to give you this out of the box.

What are your top five features or value-adds for the LG G5? Don't forget to check out our other "five things I love" posts for the Galaxy S7 and HTC 10! And as mentioned before, there will also be the flipside: five things we don't like. Be on the lookout for all of them.