Late last year, developers started getting emails from Google telling them that they have to sign into their Developer Console and declare whether their apps contain ads or not. That email said that, "Early next year, users will start to see the “Ads” label on apps that contain advertising, both inside and outside Designed for Families."

Well, late April doesn't qualify as "early next year" in our books, but at least the designation has started showing up on the Play Store. It's that "Contains ads" text, right below the Install / Buy / Open button and next to "In-app purchases" (if they're applicable). It seems like a server-side change because it's appearing on one device but not another using the same Google account. I'm not seeing it on my phones or tablets, and neither are a few Android Police members, so it could still be a very small rollout for now. 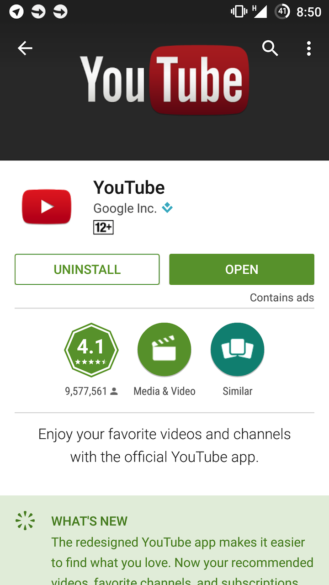 Oh and if you're wondering what qualifies as "ads" in Google's book, there's a support document with an explanation and a few examples that you can check out.