We've been able to pull the update on a T-Mobile G5, but this might vary by carrier. It's not a system update, but rather app updates that are pushed through the update menu in settings. To check on your device, go to settings > About phone > Update center > App updates. It will be called "Home & app drawer." 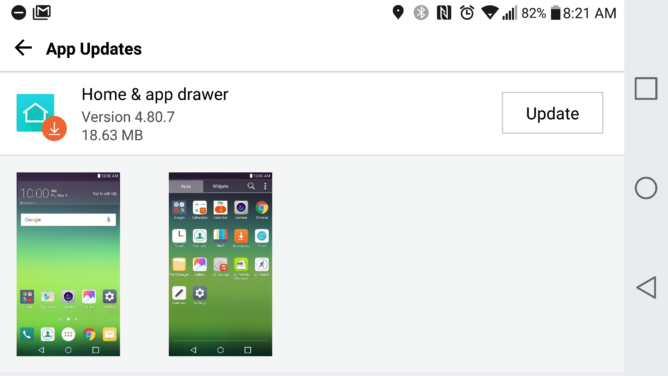 After installing the update, you should have the app drawer version on LG's updated home UI in the settings. The styling is more consistent with the rest of the G5, whereas the older UX 4.0 home was basically just what shipped on the G4. It's a subtle difference, but at least people will actually get this update without digging around in SmartWorld. So, can we call this one case closed?

Angry Birds Action! Now Available To All In The Play Store