The march of Chrome updates never ends, and now is the time for the beta build to advance. Google is rolling out Chrome Beta v51 on Android. Since we've already seen v51 in the dev channel, we know what to look for—and yep, the merged tabs/apps option is indeed gone. So, that wasn't a fluke.

Google has now backed down on the merged apps and tabs option that was introduced in Lollipop. It was first made non-default, then it was pulled in Chrome Dev a few weeks ago. According to the Chromium bug tracker, Google is looking at something called "Herb" to replace the merged tabs UI. We'll discuss Herb and its flavors in an upcoming post. Edit: here it is. 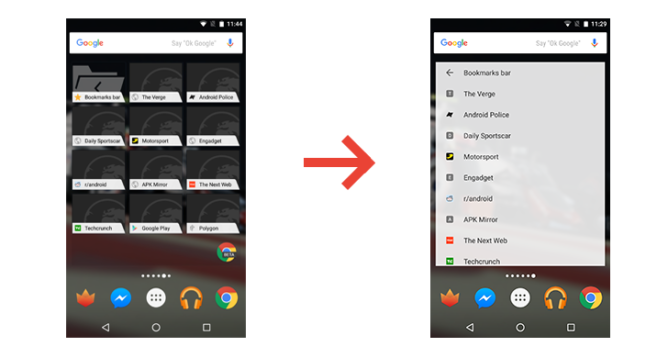 This version of the Chrome Beta also adds the revamped material-themed bookmarks widget. We first saw this one in the last Chrome Dev build too. It looks much nicer. You can expect these changes to come to the stable build in the next few weeks. The updated version is on APK Mirror if you don't want to wait for the staged rollout.

Chrome v51 has support for a new credential management API and some backend enhancements.

We've written about these changes here.

The Moto 360 Sport Is Already Gone From The Google Store