Let's go through the leak.

We rate this rumor an 8 out of 10 confidence level. Evan Blass's corroborating evidence this morning has greatly increased our confidence that Marlin and Sailfish are, in fact, the next Nexus phones - S1 and M1 is a heck of a coincidence. We also have one direct reference to Marlin. That said, we are accounting for the possibility that there is a chance this could be a coincidence, and the possibility that Marlin and Sailfish never come out at all. While we are confident that these devices exist in some form, it's unclear yet what Google's plans for them are.

The fact that Sailfish is the name of a mobile operating system also gives me pause for concern. While Google's codenames are internal and not marketed or communicated directly to consumers, it does seem a bit... odd. But that's the name we have for now. Maybe a switch to Swordfish could occur? Maybe not. Either way, an "S" fish with a pointy end.

Our direct evidence for both of these names is not something we feel comfortable sharing - it wouldn't be any more convincing to you, either, but suffice it to say we trust the source. And we also have no idea how these phones actually... look. However, we do have one reference to Marlin in the AOSP Gerrit (a code review tool), just about a month ago, on March 30th. 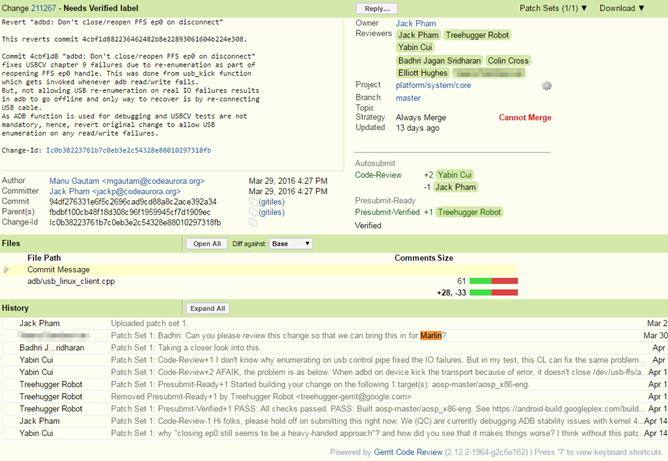 The person referencing Marlin is a senior Qualcomm engineer (I have obscured this person's name out of courtesy - please don't go contacting them). Qualcomm works directly with all of its device partners during the development process, so this is not at all unusual or suspicious - Qualcomm would definitely know a lot about Google's next Nexus devices if they were using Qualcomm chips. And knowing a device codename is pretty much necessary, because you have to call it something.

We have not yet seen a reference to Sailfish.

Our third piece of evidence, and the impetus for publishing this post, is obviously what @evleaks just tweeted:

M1 and S1? Marlin and Sailfish? Call me crazy, but I like those odds.

Google has kept a surprisingly tight lid on the next Nexus devices to date - we really know very little that we can state confidently at this point. But, here's the takeaway: we believe Google is, as has now been reported multiple times, working on two Nexus phones in cooperation with HTC. We believe those devices are codenamed Marlin and Sailfish. We can also probably say that HTC is internally referring to these devices as M1 and S1, respectively. (Previously, rumors had them pegged as the T50 and T55 by HTC, possibly references to display sizes, but those names seem to have been dropped.)

Unfortunately, that's all we have to share for now. There's just not much to go on yet that we trust, and we definitely don't like to go out on a limb with Nexus rumors if we don't feel the source information is trustworthy. All things considered - our source, the AOSP Gerrit reference, and evleaks' tweet - two Nexus phones is looking more and more like a safe bet. Exactly when and where we'll see them - and exactly what we'll see - remains unknown.

So, get on the #nexushypetrain everyone - Nexus season has begun.