Microsoft's Office Lens scanning app is really good at what it does and that might be why they don't bother to update it too often nowadays. But this is one of those special times when it has gotten some love from the good people in Redmond. The headlining feature is getting to OCR handwritten text in scans, but I assure you that there is a bit of a catch. More practically useful is the other new feature, the option to rotate your scans. 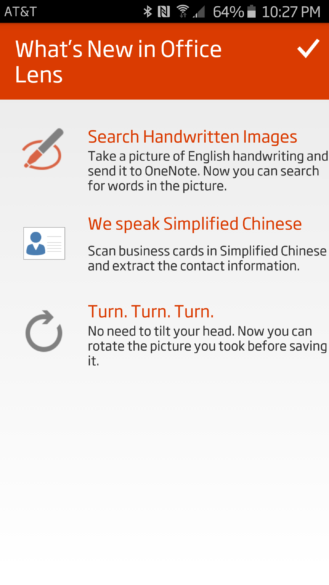 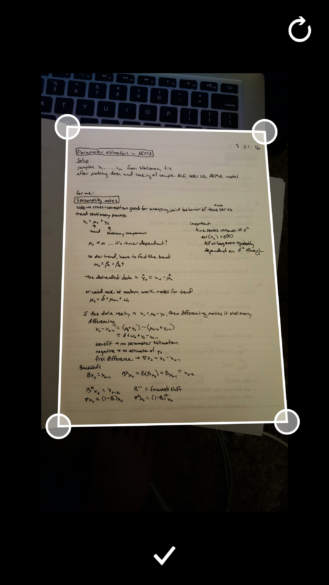 So what's the deal with getting OCR on scans of handwritten documents? Well, for the uninitiated, OCR refers to methods for parsing letters from images. This is most commonly used for printed documents and the best OCR approaches tend to key in on features of printed characters that make them readily identifiable. The methods for understanding handwritten letters in images are far more difficult due to the massive variation within and between individuals' writing styles. In other words, this would be a not insignificant feature.

The problem is that, as far as I can tell, this is more like a backhanded promotion for OneNote. You only have them OCR'd insofar as you want to look at the scans in OneNote. Now, as a person who wants this feature in my own productivity software, I can tell you that this is not a widely reported feature of OneNote and it was completely missing about a year ago; it could always handle inked input from a stylus and could OCR printed text, but doing handwriting is new. Still, it's not exactly an Office Lens feature other than that sharing to OneNote is one of the few rigidly defined ways you can migrate your scans off of the app. 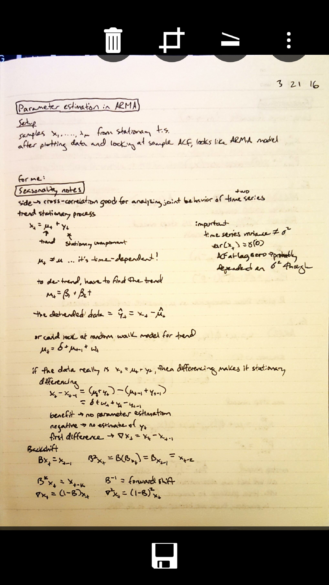 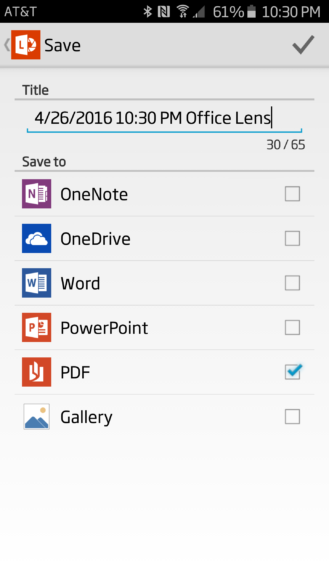 All that being said, it does work. I fired up OneNote on my desktop and searched for a word that appears pretty frequently on the scanned page: "data". Lo and behold, it turned up:

As I said in the opener, in my experience Office Lens is as good as they come with scanner apps. With minimal tweaking, it tends to produce a useful image with very little effort. When you've done a good job, you might just have to stretch the interpretation of just what it means to add a new feature to your app.

You can grab the app in the Play Store or check for updates if you already have it.