A product of HTC's research division, One Gallery allows users to upload photos and videos to a variety of cloud services through the HTC Gallery app. However, according to changelogs for both apps, the One Gallery service will be discontinued on April 30.

No reason has been given for the discontinuation, but it might be down to the number of installs it's had, somewhere in the 1 million to 5 million bracket. This doesn't sound too bad, but then you look at HTC Gallery and its 10 million to 50 million installation bracket and it starts to pale in comparison. With this in mind, it's likely HTC didn't see the worth in continuing the service, which is a shame as it has an average rating of 4.2 in the Play Store and seemed well-liked by its users. There's nothing on the One Gallery page as of yet, although it probably won't be too long until that's updated too.

So to users of One Gallery: you'll need to find a new app. I hear a certain search company's offering isn't too bad. 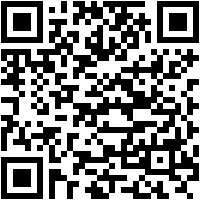 The Play Store Is Coming To Chrome OS, Complete With All The Android Apps You Could Ever Want

TWRP For The LG G5 (T-Mobile And International) Now Available