Welcome to the latest entry in our Bonus Round series, wherein we tell you all about the new Android games of the day that we couldn't get to during our regular news rounds. Consider this a quick update for the dedicated gamers who can't wait for our bi-weekly roundups, and don't want to wade through a whole day's worth of news just to get their pixelated fix. Today we've got a stylish action-platformer, another retro revival from DotEmu, an original music game, a puzzle sequel, a beautiful point-and-click adventure, a twitchy shooter, and a retro roguelike. Without further ado:

Star Knight mixes some of the principles of old-school platforming with real-time RPG combat, albeit combat on a 2D plane. It's punishingly difficult (something to play on mobile if you can't get to Dark Souls 3, perhaps?) with a technical presentation that's simple but effective. In addition to the linear collections of platforming challenges and puzzles, the game has a competitive endless mode. Star Knight has IAP for currency, but it maxes out at $8.

Easy games are no fun. If you are tired of meaningless automatic actions, Star Knight is the perfect game for you. A fantastic balance between gorgeous graphics, adventure, and action, challenge yourself to the high level action platform game, Star Knight. The peaceful planet Gaon is under attack by hordes of monsters, and Dark Dragon Nidhogg took away the sun. Can the knight ‘Naro’ overcome the challenges ahead and bring back peace? 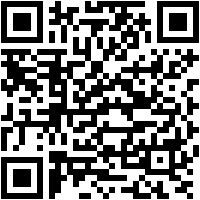 Pang, or Buster Bros. as it was known in the west, is an old Capcom arcade game. It's a basic shooter, sort of like a mix between Breakout and Duck Hunt minus the light gun. This more modern interpretation of the franchise comes from the retro masters at DotEmu, who have injected the game with new levels, weapons, stages, and bosses. It's not a direct port of any of the older games, but it should hit the spot for fans, and it has no in-app purchases.

The Pang series is a beloved collection of arcade video games from the early 90s. Guide two brothers on a quest around the world to save humankind from a massive alien invasion. Use your wits and skills to overcome the attack balls pouring from the skies and rescue the world’s cities and landmarks from impending annihilation. Pang Adventures brings new features and gameplay to this arcade legend while keeping true to the original spirit of the series. In this game you and your rock band travel to Planet X to answer Marvin's famous question: "Where's the kaboom? There was supposed to be an earth-shattering kaboom!" The rhythm-based setup allows players to tap aliens to death in a series of lanes, sort of like a tower defense game with a little more soul. My indie cred is trash because I've never heard of any of these bands, but I can respect the $4 price tag and a complete lack of in-app purchases. Rock on! 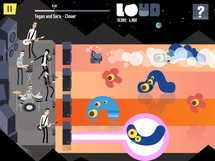 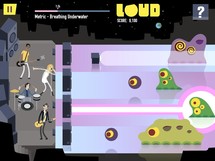 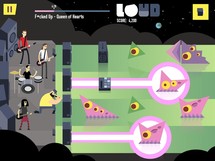 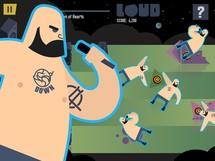 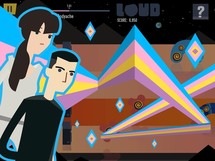 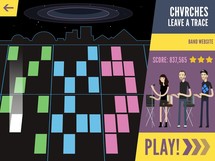 In Fold, the objective is to end each turn with only a single block of each color. The simple expansion and contraction mechanics make this look easy, but getting through the tougher levels requires some surprisingly astute spatial reasoning. This sequel adds new puzzles and more tricky elements thrown in to block your progress. It's just over two bucks with no in-app purchases.

Fold+ is the sequel to the acclaimed puzzler Fold, featuring more than double the puzzles of the original, new concepts, redesigned graphics and interface. Fold and expand blocks to get just one block of each color. Easy to pick up and impossible to put down. Be it in the commute to work, in your lunch break or in the bathroom, Fold+ will fast become your favorite way to pass the time.

Whoever made the backgrounds for this point-and-click adventure game seems to have been taking the same drugs as H. R. Geiger. The story is a typical amnesia tale with a bit more sturm und drang, but the 2D artwork is worth the $5 price of entry if you're a fan of dark fantasy. If not, you can check it out with a free demo version first.

TORMENTUM is a dark Point & Click adventure game. A nameless hero finds himself in a place between fantasy and nightmare. He doesn't remember his name nor where he comes from. Wandering through strange lands, he struggles to discover the truth about the world around him, as well as about himself. The dreamlike, nightmarish atmosphere of the game was inspired by the works of painters H.R. Giger and Zdzisław Beksiński. The game's final look and feel was also strongly influenced by the universes of games such as Demon's Souls or Dark Seed. 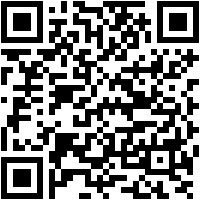 In this simple twitch game, your only objective is to shoot bad guys on the ground from your orbiting gun. It's a simple premise, but nearly perfect timing is needed in order to hit just a few of the targets, and the difficulty ramps up quickly, with multiple targets appearing if you don't shoot fast. As a single-click casual game it's diverting, if not completely original, and it's free.

Somewhere lost, on the edge of the Old Galaxy and beyond the Federation borders, there's a dark moon - Orbitron. Deep beneath its surface, evil monstrous bugs - half alien, half machine - hatch their eggs inside human colonists. Things go wrong and now it is your call - the best fighter pilot in the galaxy - to destroy this abominations, before they blow up the dark moon with its secrets... 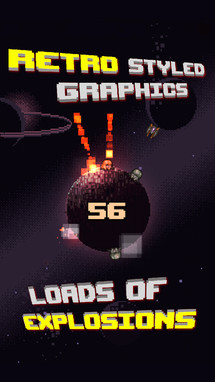 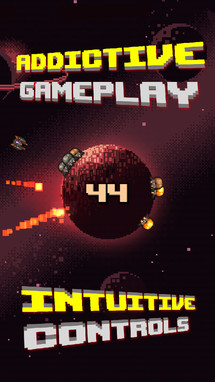 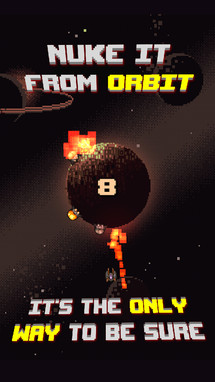 Roguelikes with retro sensibilities are a dime a dozen on Android - 8-bit graphics almost seem to be a requirement of the genre. Even so, this one comes from a reliable publisher and includes online leaderboards for the randomized stages. The primary combat is surprisingly challenging, and there aren't any currency or power systems to make it feel unfair.

Tiny Rogue is a turn based rogue-like by the creators of Devious Dungeons, Random Heroes and League of Evil. In Tiny Rogue you will descend as deep into the randomized dungeons as you can. Strategize your turns moving through the dungeons collecting treasure, using potions and spells, slaying foes, earning experiences and levelling up your hero. Can you compete on the high-score leaderboard? 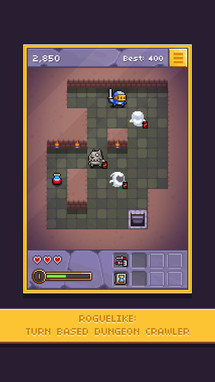 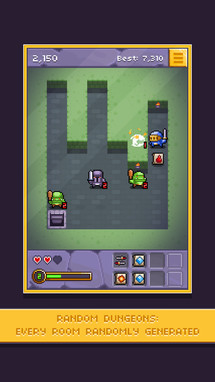 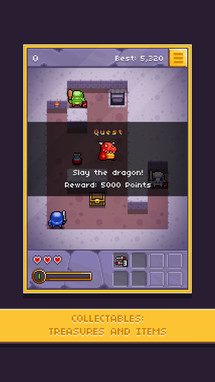 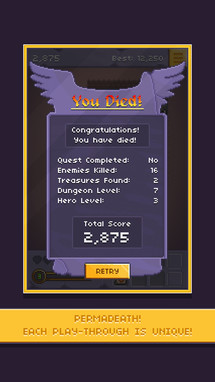 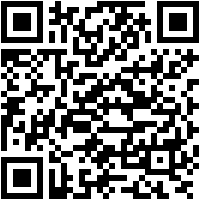