If you've ever flown into the United States, you know how frustrating the customs declaration forms can be. Not only do you have to write your entire biographical and passport details, but you also have to itemize the things you're bringing into the country, and include details about your trip. They're time consuming, and if you make a mistake, you have to start from scratch.

Mobile Passport takes this process and makes it much less frustrating. Available for Android and iOS, it allows you to create and submit your customs declaration through your smartphone, letting you skip the long lines at the airport. 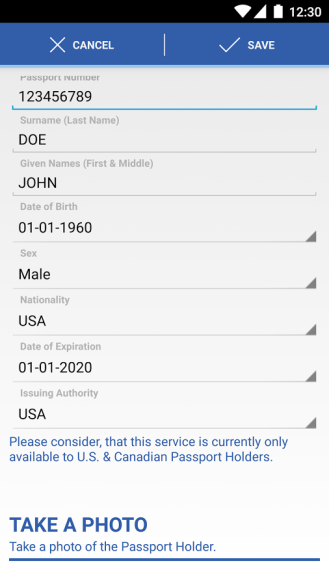 When your flight touches down, you just have to open the app, add your details, and head to the mobile passport lines. You are then given a receipt which you then pass to a CBP officer, along with your passport.

Until recently, it was only available at a handful of major international airports, namely Atlanta, Chicago, Dallas-Fort Worth, Fort Lauderdale, Miami, and Seattle-Tacoma. But now you can add Newark and JFK to that list.

The addition of the two biggest airports serving New York is undoubtedly going to be welcome news for regular travelers eager to avoid the long lines that have often been associated with them. It's also receiving heavy promotion from the US government. I flew out of Newark Airport just three days ago, and advertisements for the app were everywhere.

If you're a US citizen, or a Canadian citizen living in the US on a B1 or B2 visa, you can sign up by downloading the Application from the Google Play Store and following the instructions.