A few days ago, we reported about Twitter's undergoing works on a more Material Design interface for its Android app, which was showing up for some users as part of an A/B test. But Twitter's efforts in modernizing its UI don't seem limited to the native app, as a very similar white and blue look has shown up on the Twitter mobile site. 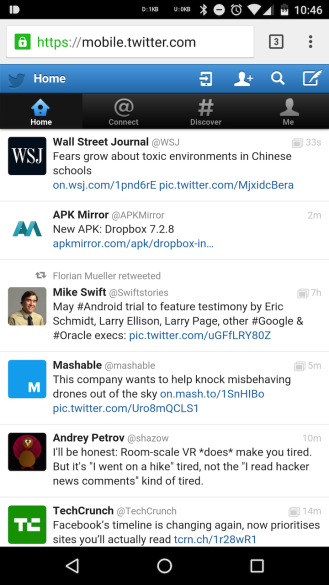 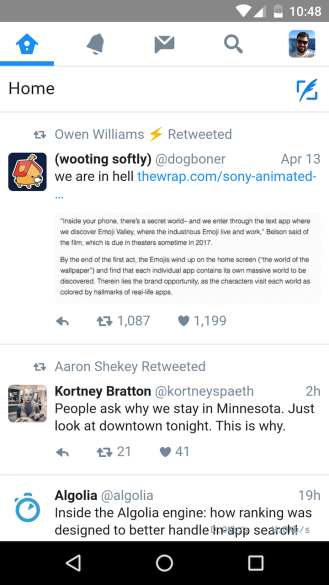 We're not quite sure how widespread this UI is: only one reader has tipped us about it and neither Artem nor I are seeing it. Regardless, the new look is much better than the old one: it no longer feels like an iOS app with its blue and black gradients and old iconography. Tweets are lot more spaced out and embedded images and links show up in-line. But, as with all tests, the design doesn't seem to be ready yet: Moments and Lists are nowhere to be seen. 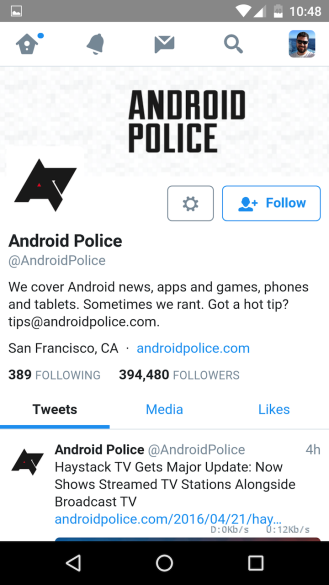 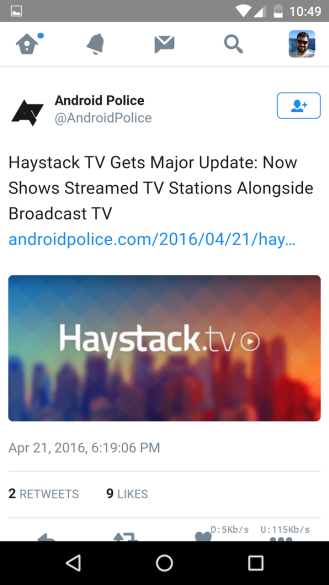 Putting that aside, I'm loving the new look. It sits better at home in Android and, for those who only use Twitter sporadically, it can easily do the job of a native Twitter client with a simple homescreen shortcut. Hit up mobile.twitter.com and let us know if you see it too.

Hype Machine Drops From $3.99 To Completely Free On The Play Store