The default dialer app that comes with the latest Android N Developer Preview has a small but significant change.

When you fire up the Google Phone app, an indicator now appears alongside the middle tab showing how many calls you've missed. Those calls are marked in bold underneath. 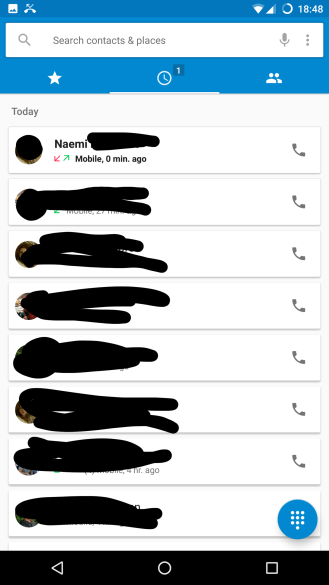 Interestingly, this update doesn't just appear as version 3.0 for Android N. A release candidate has made its way to other devices. This one goes by the number 2.05 (weirdly not 2.5). It's newer, despite the lower number, and will replace 2.3 or 3.0 on your device.

Both versions work with Android 6.0, though 3.0 doesn't run on the Nexus 6P. The newer APK works fine on the Nexus device, and one reader also says it's the first version of the Google Phone app to work on his LG G3.

Okay, enough talking. Here are the links you're looking for.