The new version of the Bank of America app seems to support Android's native fingerprint APIs that were introduced in Marshmallow, and thus the Nexus Imprint sensor on Nexus devices. Artem successfully tested it on his Nexus 6P and several Play Store commenters are reporting it as working now. There are a few other features in the changelog below, but let's face it, the part you care about is the fingerprint sign-in. Here are the screenshots of it in action, followed by the full changelog and Play Store link. 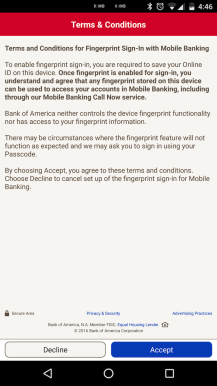 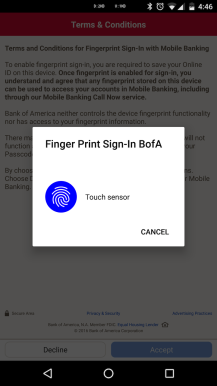 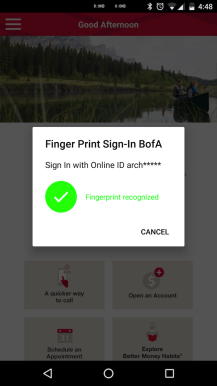 With our new release, you can:
• Order checks—browse our catalog, customize your checks and track your order
• Choose how you deposit checks—either by letting your phone take the photo automatically (recommended) or taking the photo yourself
• Sign in with your fingerprint (if your device model has this feature, you’ll see the check box prompt when you sign in to the app)
Can’t live without your BofA app? Please tell us why and rate it in the Play Store. According To Analyst Firm TrendForce, Samsung Shipped Twice As Many Smartphones In Q1 2016 Than ...