The followup to 2011's near-future first-person shooter Homefront is set to come out in a few weeks, but the companion app is already live in the Play Store. It promises news and information about the game ahead of release, plus it will "evolve" after the game comes out. How mysterious!

Homefront (the first one) tells the story of a military occupation of the western US by a unified Korea. The sequel takes place four years later as the American resistance fights Korean forces in Philadelphia. The original Homefront was an Unreal Engine 3 title, but the sequel has switched to CryEngine. Here's a demo of the gameplay.

The app promises in-game rewards for participating in community challenges. For now, it's just a collection of news and videos. The game comes out on PC, PS4, and Xbox One on May 20th. You can pre-order it on Amazon for $60. 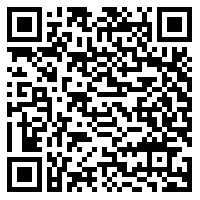 We Are Hosting An AMA With Disqus Next Friday, April 29th At 11AM Pacific, And You Are Invited