One of the biggest problems with TV news is that if you're not interested in a particular story – say, sports or celebrities – you have no option but to sit through it. Haystack TV aims to solve that by turning the news into personalized streams which are curated through artificial intelligence, big data, and editorial decision-making. The idea being that if you're especially interested in finance or international affairs, you can create a TV channel just about that.

In addition to being available through the browser and as a downloadable application for most major smartphone and Internet TV platforms, it is also available for Google's nascent Android TV platform, which can be found running on the latest-and-greatest Sony Smart TVs. The Android version just received a significant update, and now contains a number of new features, all aimed at those using it on a TV.

Perhaps the biggest is that Haystack TV now displays the curated, streamed channels alongside the traditional, broadcast ones in the channel listings. Presumably this is based on Google's Live Channels for Android. So, if you've created a channel dedicated to business news, it would be displayed alongside the likes of CNBC and Bloomberg TV.

Haystack TV aggregates content from a number of well-known mainstream news sources, including CNN, Fox, the Associated Press, MSNBC, the New York Times, and the BBC, in addition to the likes of The Verge, CNET, and TMZ.

Version 2.0 has also seen the look and feel of the app significantly revamped. It's now possible to view and browse through the collection of available news clips, without having to switch out of the TV show being watched.

You can download Haystack TV 2.0 right now from the Google Play Store. If it sounds like something you'd be interested in, you might also want to take a look at Pluto TV. This too has a range of streamed, curated Internet TV channels. But rather than just being about news, they encompass a range of lifestyle topics, including music, technology, comedy, and more. 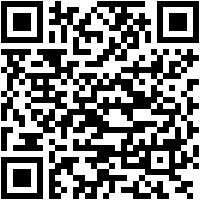 Hype Machine Drops From $3.99 To Completely Free On The Play Store