Group calling works as you'd expect: tap on a group chat and, if the feature has rolled out to you yet, there will be a phone icon in the app bar. Tap this and it will bring up a dialogue asking who you'd like to include in the group call. While it's not clear how many people can be in a group call - I was able to start a group call with a group of 14 people, so at least that number - you can choose who you'd like to call or notify in this dialogue. To be clear, this only constitutes voice calling at the moment - while individuals can be called with both voice and video, the group calling feature is only voice for now. 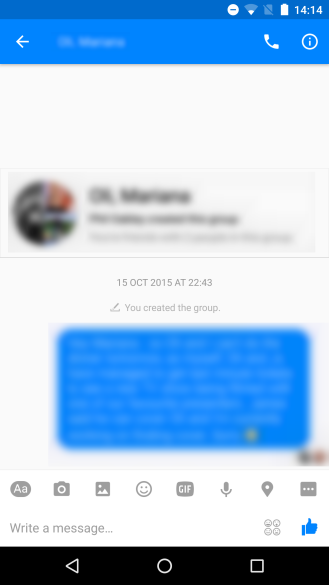 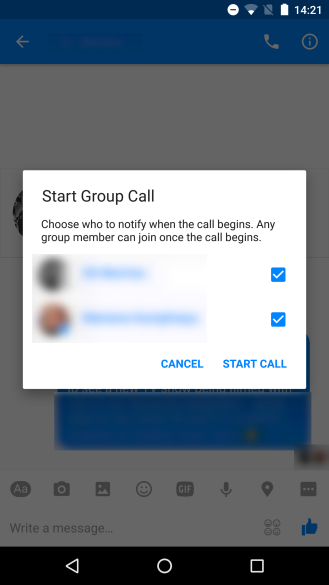 Left: a group chat, with the phone icon in top right. Right: the dialogue which asks which people in the group should be notified.

I think the best thing about Messenger group calling is the fact it makes Skype even more useless now. However, many still use Skype to video call friends and family, so Facebook has probably still got some way to go until Messenger takes over as the main way to call others over the internet.

AT&T's Galaxy S7 Edge Is Getting An OTA Update With Performance Tweaks, A Widget You Probably ...

Microsoft Translator Inches Ever Closer To Google Translate With New Image Translate And ...