Google's Accelerated Mobile Pages is a neat idea system that automatically reformats an HTML web page into a light and speedy version ripe for consumption on mobile phones and potentially strained connections. It's a sort of mix between the old dedicated mobile sites (which are often broken and lacking in features) and the newer dynamic formatting (which can be too heavy for a phone browser even when written correctly). The AMP system has been going for a few months now, and Google claims that it has "thousands" of publishers on board. 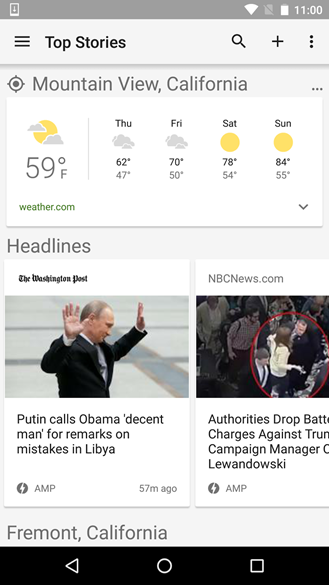 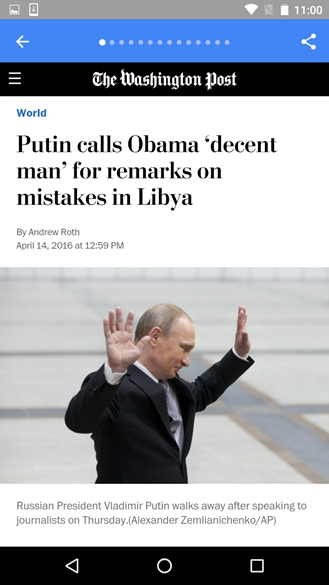 So what's next? The Big G intends to promote and highlight AMP-enabled pages with its proprietary Google News service, notably in the News and Weather app. The relevant update will add AMP logos to stories from publications that support it, and when users open the sites in the app's dedicated reader, they can easily flip between them without going back to the browsing page.

The update isn't live quite yet (or at least we haven't seen it in the wild or over on APK Mirror), but the English portion of Google News will get access to it first. Other languages and editions will be updated "soon" according to the Google News blog post.

Speak of the devil and the devil shall appear. Shortly after this story was originally published someone uploaded News & Weather version 2.6 to APK Mirror, and you can download and install it on any Android 4.0+ device.

On the default "Top Stories" page is a new sub-section called "Headlines," filled with news stories populated from AMP-compatible publications. Tap on any of them and they'll open in the app's internal reader instead of a web browser, allowing for more or less instant access. From here users can swipe left or right to advance through the AMP stories in the same order as the carousel. 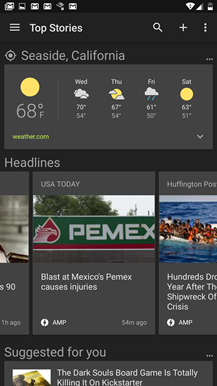 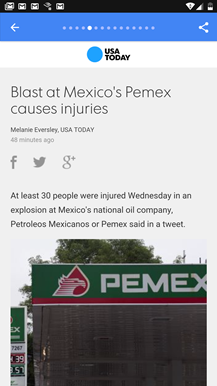 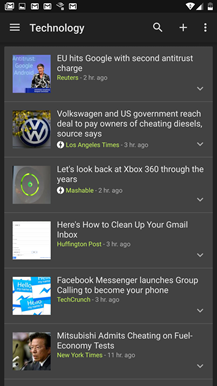 The dozen or so stories appear to be pulled from your user-selected categories in the app's settings menu. If you swipe into the category pages you'll notice the same lightning bolt AMP icon next to stories from websites that support the standard.

Warhammer 40k: Freeblade Drops Into The Play Store With A 30-Foot War Machine Ready To Do Some ...