Keep may not be the simplest form of digital note-taking, but it's pretty close. Today Google has announced a few additions that make the service quicker to access.

To save a website you're browsing to Keep, simply open the share menu in your browser and select the app. Keep will create a new note with the site name and a link.

To provide a similar experience on your desktop, there's now an official Chrome extension. It's not quite as feature-rich as the one Evernote has offered for half a decade, but the concept is similar. You tap the button on your toolbar to save a link in a new note. Easy and basic.

You can make notes easier to organize or search for by adding labels using hashtags. Examples could include #apkplz, #nexus, and #holoyolo for all those links you save from Android Police. Though that last one won't see much action these days. If only #materiolo would catch on.

Other changes include a new position for menus, which now group similar options together. This spreads items out from the action bar and the crowded overflow menu. 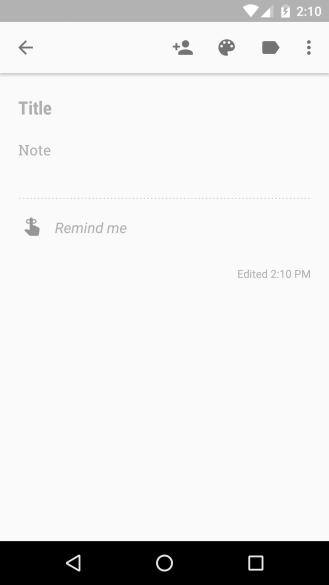 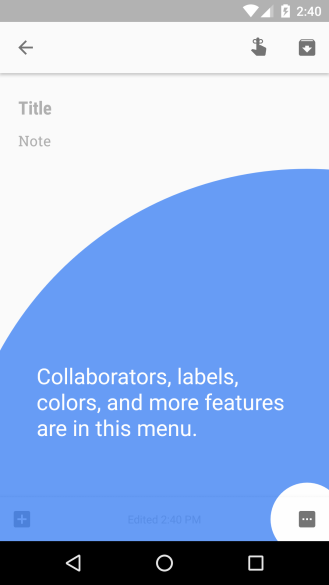 Now it's just a matter of waiting for the APK to roll out to devices.

Oh look what we have here.