The new flavor of the day is "Vibrant Gorilla Glass," a proprietary system for printing permanent images onto the reinforced glass panels. Obviously that wouldn't be an ideal addition to a screen covering, but it would allow phone, tablet, and laptop manufacturers to put images or decorative patterns on the backs of their devices, something that's fallen out of fashion as of late. Putting images onto glass wasn't impossible before, but Corning claims that its process can create "outstanding resolution and sharpness" with quick turn-around times and less waste than more antiquated methods. 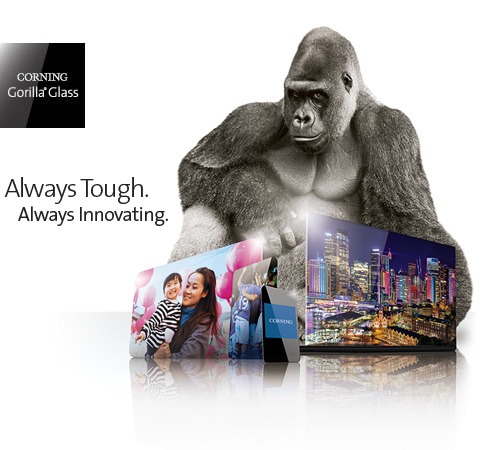 Are you pondering what I'm pondering? With the recent focus on customization, a company like Motorola could add a permanent full-print option to a phone with a rear glass panel and use customers' images to create a truly unique device. You could put anything on it with a web-based tool like Moto Maker - a photo of your loved ones, a company logo, or a needlessly confrontational My Little Pony image. We won't judge.

Corning hasn't said when its Vibrant Gorilla Glass will be available, and prices are unlikely to ever be shown outside of a B2B context, but I wouldn't be surprised to see at least one or two devices take advantage of printed glass before the end of the year.