Galaxy Note 5 owners on Verizon Wireless and Sprint received Android 6.0 last month. Weeks later, the time has come for T-Mobile customers to get the same experience. The carrier has started pushing over-the-air updates to devices.

The Note 5 isn't alone here. The phone's curved companion, the Galaxy S6 Edge+, is also getting a marshmallow flavored treat. This update arrives a week after Verizon Wireless started rolling out goods to customers and nearly a month after Sprint.

The update is a whopping 1.4GB. This will not surprise Samsung users who have ever checked how much internal storage space they have. The company's modifications take up a sizable chunk. You can see the details in screenshots a user uploaded to Google+. 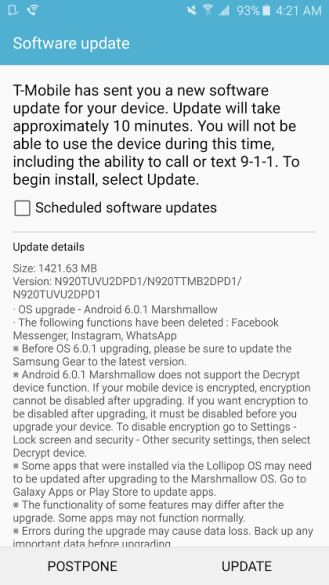 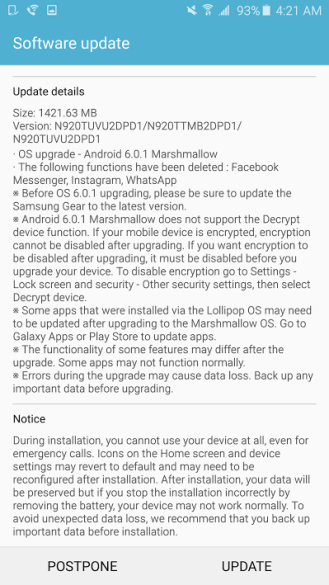 The Note 5 update is going out as version N920TUVU2DPD1. For the S6 Edge+, that string of characters is G928TUVU2DPD1.