Google announced the addition of podcasts to Play Music in October of last year. We heard a few rumored dates for the feature to actually roll out, but they came and went without a peep. The latest April 18th rumor seems to be legit—Google just announced that podcasts are official in Play Music for Android and the web. They're only available in the US and Canada right now, though.

Google is organizing podcasts in Play Music a bit differently. The main interface will be geared toward suggesting new subscriptions to you, rather like the contextual playlists for music. There will also be top charts and the ability to search for specific podcasts. Publishers can use the Play Music podcast portal to add their feeds to the app right now.

We're not seeing podcasts in the app just yet. It might take a few days to roll out to all accounts, or there could be an APK update required. If it's the latter, we'll post that as soon as we have it. Podcasts are accessible on the web already. So why not subscribe to the AP podcast?

We've got an updated APK for Play Music that includes the new icon, as well as podcasts. However, there appears to be a server-side component in the podcast rollout. Some of us have podcasts after updating and others don't. Your mileage may vary. 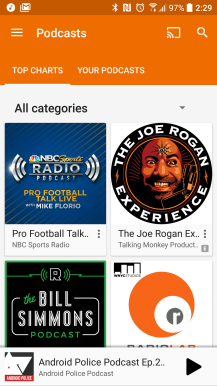 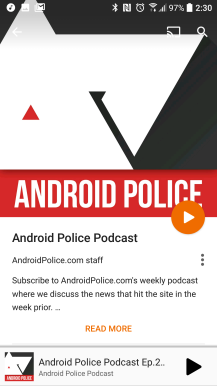 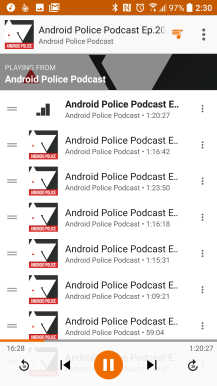