I've never understood why farming seems to have such appeal in a digital form. I've done some real farming, sweating my ass off in the Texas summer to try and get hay out of the ground using nothing but prayers and cow manure. It's simple honest work, but I don't think anyone could call it "fun." Then again I don't remember fairies or ice princesses or villages full of attractive and available women in my grandparents' back 40, so maybe farming is different in Japan, home of the venerated Harvest Moon series.

Harvest Moon has been entertaining would-be farmers for decades on a succession of consoles and handhelds, but before today it wasn't available on Android. Seeds of Memories is the first Play Store version from developer Natsume, following an iPhone version last year. It translates all of the classic mechanics of the franchise into touch-enabled actions, including planting, tending, and harvesting a variety of crops, caring for animals and collecting eggs, milk, and the like. You'll also have to go into town and scour the countryside, making friends with the local villagers and possibly starting up a romance with a comely young lass or strapping young lad (depending on your gender choice). Also there are fairies and witches and little Tingle-looking guys, which I don't recall from the SNES version of Harvest Moon, but whatever. The good news is that Seeds of Memories is a real Harvest Moon game with no in-app purchases - pay the rather hefty $10 entry fee and you can literally farm until the cows come home. The bad news is that the game looks really terrible. Harvest Moon has never been a graphical powerhouse, but the flat, barely-shaded bobbleheads in Seeds of Memories lack all of the charm of the old pixelated designs, and the environments look like they were made in Photoshop in about ten minutes. If that doesn't bother you, then by all means get crackin' and start planting your turnips. If it does... well, you can always emulate the old games, or hold out for an Android version of Stardew Valley. 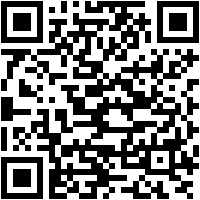