Let's state this now: Counter-Strike is awesome. Many an hour has been passed playing the legendary first-person shooter mod for Half-Life, and now even more hours can be whiled away, as the game has come to Android.

Reddit user /u/a1baomarov has posted in /r/Android detailing how to get Counter-Strike working on Android, which involves moving files over from an existing Steam installation, and installing the Xash3D apk.

Install:
1) Install the APK. Install APK with omp postfix if you have multi-core device and noomp if you have single-core device or have problems with omp version.
2) Install the latest Xash3D Android from https://github.com/SDLash3D/xash3d-android-project/releases/latest.
3) Copy cstrike and valve folders from your Steam CS1.6 installation to xash folder on SDCard.
4) Run CS16Client!

The APKs, both the omp and noomp versions, are available on GitHub. (Take note that this links to CS1.6 v1.01; an updated bugfix build.) 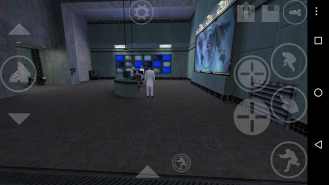 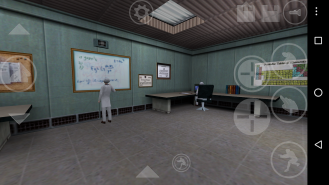 In my tests, the game worked well, with little to no lag on my Nexus 6P. The controls are admittedly fiddly (for example, it took me a few attempts to get through a normal-sized door), but this is to be expected with a game that was never designed with mobile touchscreens in mind. I attempted to take a short video, but unfortunately adb screenrecord doesn't record at a high enough framerate for this to come out well. From reading the reddit thread, I noticed that there doesn't seem to be keyboard/mouse or controller support, but unfortunately I am unable to test this.

If you're so inclined, the instructions are above, or at GitHub, and there's a discussion thread over on /r/Android.