In the first Android N Dev Preview, pop-up dialogues gained more freedom. They started showing up closer to where your finger was, making them easier to reach and giving them a more contextual feel. There doesn't seem to be full freedom for these pop-ups though, but several specific anchor points across the screen where they can appear. 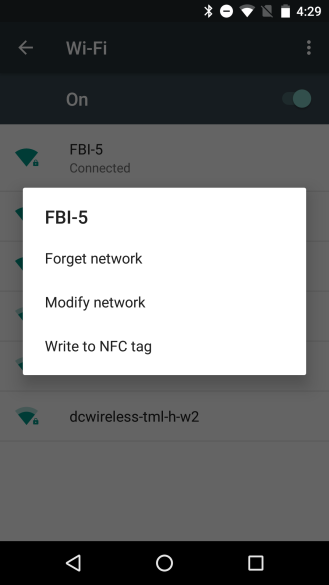 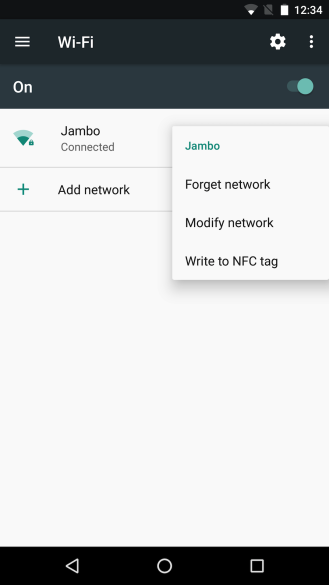 In the second Android N Dev Preview, another change was introduced to these pop-ups. Instead of the title showing up in grey (first Dev Preview), they started taking on the color of their originating app. In the example above, the WiFi network's name has the same teal green color as Android's icons and buttons, whereas in the example below, it has the same green color of the Hangouts app. 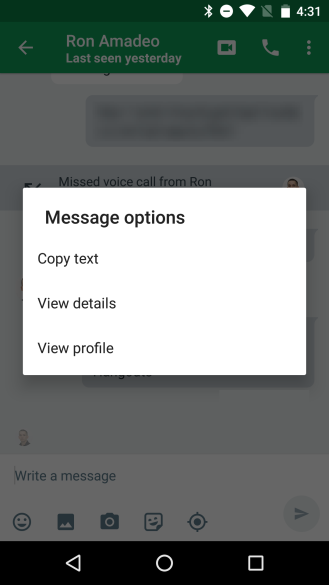 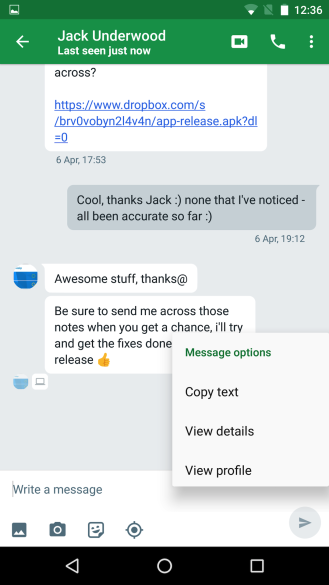 Of course this is a small change, but it should improve the experience of pop-ups, making them feel more fluid and contextual to your actions, especially on larger Android devices.