A lot has changed since then: emoji on Android have gained some color, they more closely match the samples from the Unicode Standard, and they've grown to include several hundred different characters. Just a few months ago, Hiroshi Lockheimer, Google's Senior Vice President in charge of Android, said they would begin doubling down on emoji support, and followed up on that promise in December by including the new glyphs from Unicode 8.0 in Android 6.0.1.

Not being content with only 879 emoji, the Unicode Technical Committee (yes, these are the guys whose job it is to decide which emoji make it into the official list) has proposed 74 new characters for Unicode 9.0, including one for bacon and another for selfies. These emoji are so new that they're technically still just candidates: officially they won't be released until June. That about lines up with the expected launch schedule for the final version of Android N, which is why Google has chosen to ship the glyphs with the latest developer preview released this week.

We've already seen how many of the current emoji have changed in Android N, particularly in how many of the blobs are now much more human-like. However, since the Google keyboard app (or any other keyboard app, for that matter) hasn't been updated for Unicode 9.0, it doesn't display any of the new emoji yet, even though Android N now fully supports them.

That means that even though users can't directly input any of the new characters using a keyboard, they'll still be rendered correctly everywhere else — which also means they're easily copyable and pastable too. Here's a complete list of all 74 new emoji:

If all you see above is a bullet list of tiny squares, you can have a look below to check out all the characters that will soon be coming to an Android device near you. 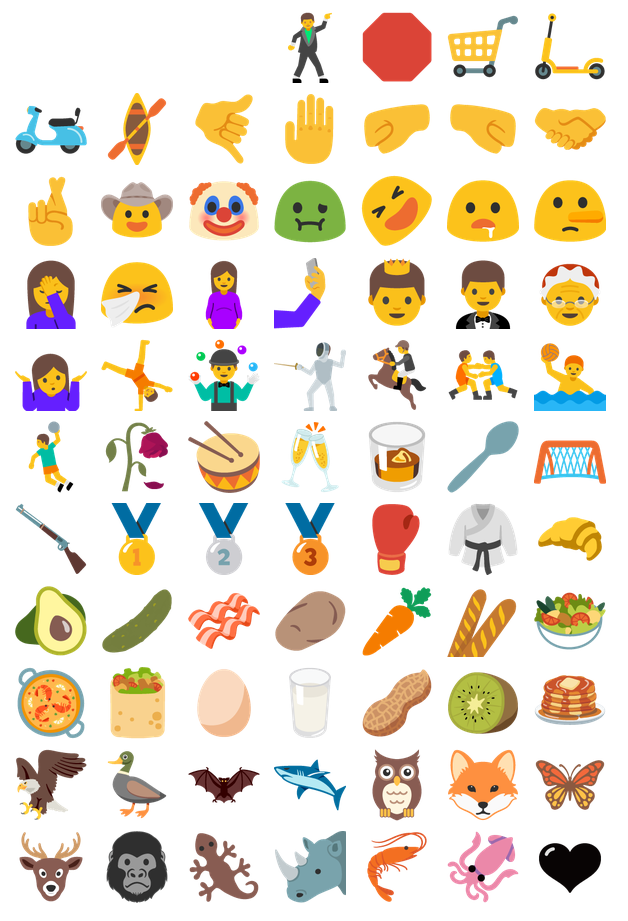 In addition to the new emoji, Android N also supports the skin tone modifiers that were added as part of Unicode 8.0. This was probably part of the reason Google switched from neutral blobs to more anthropomorphic emoji: blobs with skin color would likely look strange. 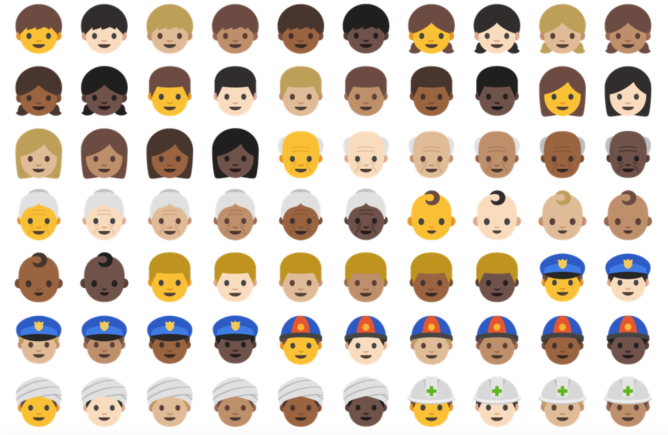 If you're keeping count, that brings the grand total to 953 official characters — excluding flags and other emoji composed of multiple glyphs. For the first time, iOS is actually behind Android in terms of emoji support, even if just for a preview version. A new beta version of iOS will certainly show up sooner or later with Unicode 9.0 support, but at least for now, Android owns the emoji crown. 🤴