This is certainly a week for updates. Between the latest dev preview for Android N, the rest of the April security updates, and a decent stack of apps from Google, things have been really busy. Play Books joins the lineup, bringing with it a number of visual and functional changes. Of course there is a new icon to join the rebranding effort, but it also includes some updates to the search bar, the reading experience, and more. As always, we've got a link to the download at the bottom.

Many thanks to the Play Books team for providing a very thorough changelog!

There are a few additional details to cover, but this points us to just about everything important. Let's start at the top and work our way down. 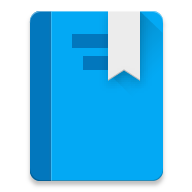 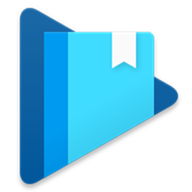 The newly redesigned icons for the Play branding have been on a pretty quick rollout. Play Newsstand started the run less than a week ago, and now we're just waiting on Play Music to finish the lineup. There's also a bit of weirdness with the Play Store icon, which switched in one version, then promptly switched back with a follow-up release, but that will probably work itself out shortly. 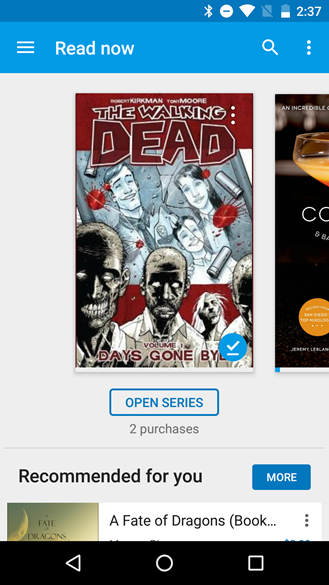 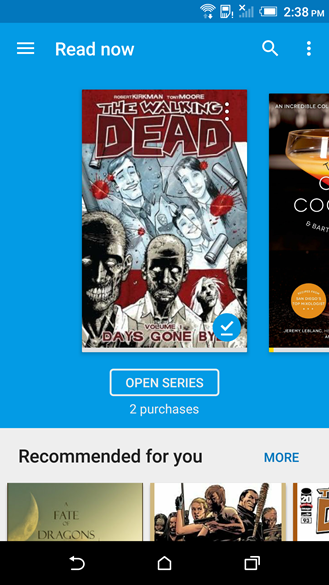 Changes to the launcher icon are immediately identifiable before opening the app, and the main Read Now feed is similarly prominent. The side-scrolling list of the personal library is now framed with bright blue, distinguishing content that is already owned from the recommendations below it. 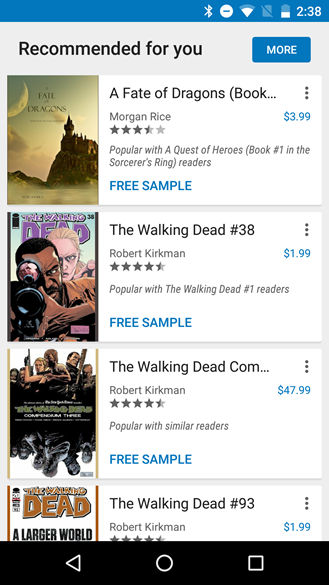 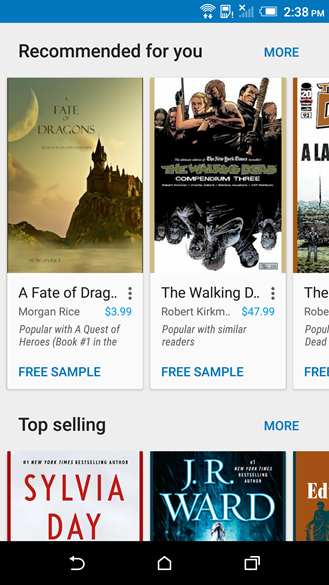 Continuing on to the recommendations, the vertically stacked list has been replaced by a side-scrolling widget similar to what we've seen in the Play Store. This change allows for a bit more space to display the cover image, but cuts significantly into the space available for author and title. Oddly, this change is occurring about a week after an A/B test began on the Play Store interface that traded the side-scrolling list for a stationary stack of three titles for some users.

The screenshot also points to another change: there's a new section for Top Selling books. It's set up as another side-scrolling list, and as the name obviously implies, is just a list of the current hot sellers on the Play Store. I mean, did you expect something else?

Changes To The Search Field 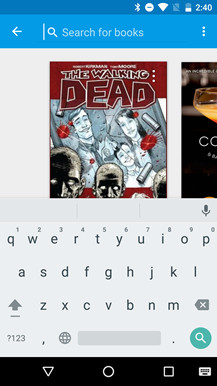 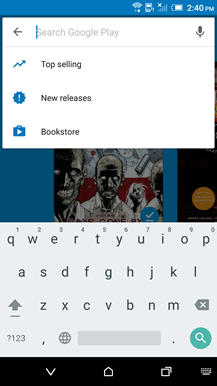 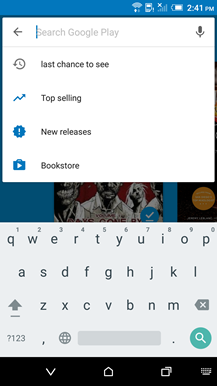 Some really great changes were made to the search box. The new version brings both a visual improvement over the previously bland search field and some nice functional elements to enlighten the experience. In terms of appearance, tapping on the search button now produces a distinctive white text field.

The functional additions are immediately visible here as the dropdown from the search field is pre-populated with lines named: Top Selling, New Releases, and Bookstore. Tapping on any of these will immediately launch the Play Store with the relevant section. Alternatively, users can type in a search phrase, which also launches the Play Store and injects the same phrase into the search field–remember, Play Books is about content consumption, not a store browser.

The search field gained one other new trick: it has a memory. Previous search phrases will now show up at the top of the dropdown list so they are quickly accessible. 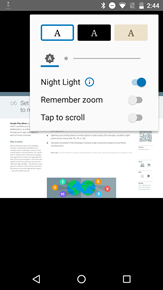 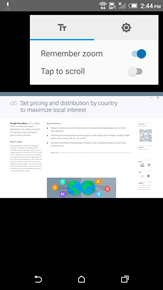 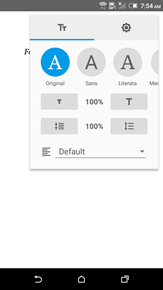 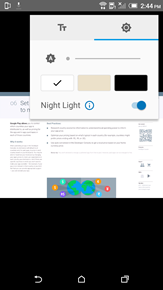 Some smaller adjustments have been made to the display settings in the reader portion of the app. The dropdown (accessed from the "Aa" button) has been split into two sections. The first section will contain behavioral options like Remember zoom and Tap to scroll, or it will contain font settings, depending on the type of book. The second section is dedicated to appearance: Brightness, Page color, and the Night Light toggle.

There are no screenshots for this yet, but the changelog also notes that Play Books will produce notifications when new books arrive from favorite authors. How the authors are chosen isn't mentioned, but it's probably based on previous purchases and maybe the wishlist. Much like some of the other Play apps, this should help users find content they'll want to get from the store.

As a final note from the changelog, books that have already been downloaded locally should be able to load faster than before. There are no specifics beyond this, but I see no reason to question it. Hooray for faster loading!