Cloud storage is probably the greatest thing to happen to casual photography since manufacturers started putting decent shooters into smartphones. There's nothing like snapping a couple of group shots and throwing them up on Google Photos without the hassle of hooking a computer to a phone just to move them over first. The catch is that most of us choose not to sync pictures over cellular, instead waiting to get back within reach of Wi-Fi so our data plans don't feel too much abuse. However, there are times you still need to back up a few shots right away, and that's where the latest Google Photos update comes in. We now have an option to manually backup photos and videos on demand. 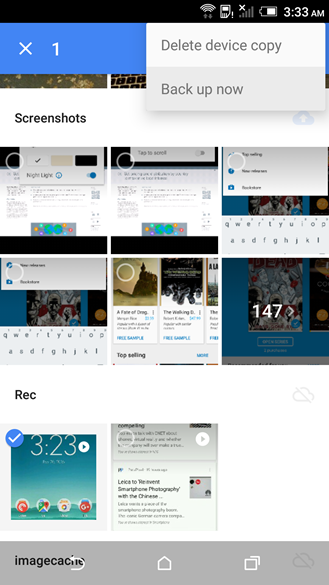 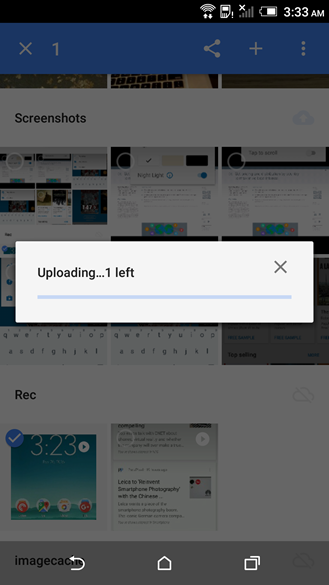 Manual backup works about the way you would expect. Just long-press to select one or more photos and videos, then tap the overflow menu and look for the "Back up now" option. Tap on it and the upload will begin immediately, even if your automatic backup settings restrict uploads to just Wi-Fi networks.

The command to start a backup can appear in the main feed of photos, but only when the selected items include at least one that hasn't been synced with the Google Photos service yet. Strangely, it will always appear on the Device Folders page, even if everything in the selection has been synced.

There are a few uses for a forced backup like this. As previously mentioned, this is a good way to force an upload when a good Wi-Fi connection isn't readily available. It's also a convenient option for quickly uploading images that belong in a folder that shouldn't be synced automatically, like screenshots, downloaded backgrounds, or screen recordings. Since each item must be specifically selected, this means it's also possible to upload just a few files without shoveling the entire contents of a folder into online storage. 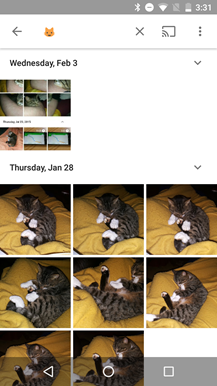 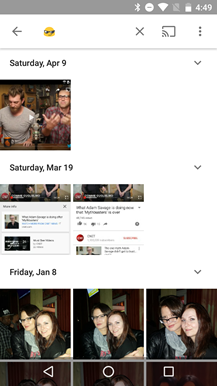 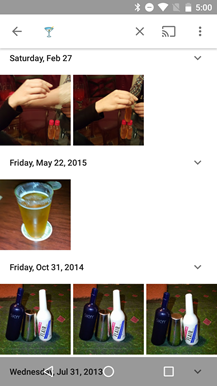 Emoji searches from left to right: cat, somebody with glasses, and a cocktail.

Google happened to mention this on a Google+ post, and while it's not actually new with v1.18 (it works at least on v1.17, as well), this is clever enough to warrant a quick mention. Yes, you can can totally search your photos using emoji.

The limits aren't entirely clear, but it was able to match cat photos to the cat emoji, people with glasses to an emoji character with sunglasses, and even pictures of various items representing alcohol with a cocktail emoji, even including my flair bartending practice bottles. Is this useful? probably not. Is this one of those magically awesome things you can use to surprise your friends or maybe even win a bar bet? Absolutely.

Just think–as Android adopts even more emoji, like it just did, our ability to search in Google Photos with a single character actually grows stronger. These are strange times we live in.

Vine Update Lets You Watch An Entire Channel With One Tap