In a continuing attempt to establish its SHIELD hardware as a platform all its own, NVIDIA keeps securing exclusive games from indie developers. Today we get two, count 'em, two games that have become favorites on Steam and other download services: Super Meat Boy and Stikbold! The former is an old-school platformer with wicked difficulty and a biting sense of humor, and the latter is a 3D reinterpretation of retro games like Super Dodge Ball. Super Meat Boy costs a hefty $15 and it's available for the SHIELD TV and SHIELD Tablet, but Stikbold! ($10) is only for the Android TV hardware.

Super Meat Boy is actually a sequel to (wait for it) Meat Boy, a web game released in 2008 that was essentially a super-difficult, super-violent take on 8- and 16-bit platforming games like Super Mario. The developers fleshed out the concept into a full paid download, added "Super" to the title, and released it onto Steam, XBLA and the like in 2010. It's one of the most challenging platformers around, and the fact that your character is an animate ball of ground beef doesn't make the hyper-violent death he encounters any less cringe-worthy. The game has been praised for its unflinching difficulty, precise controls, and excellent soundtrack. StikBold! is a multiplayer arena game with Minecraft-style 3D graphics. If you've ever played the excellent Super Dodge Ball or any of its derivatives, it's a similar experience, but without the rigid tennis-style field division. StikBold! is intended to be played as a local multiplayer game, so it supports up to four players on the SHIELD TV if enough controllers are attached. There's a single-player story mode that can also be played in co-op, and a collection of player skins to unlock. 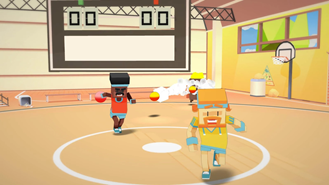 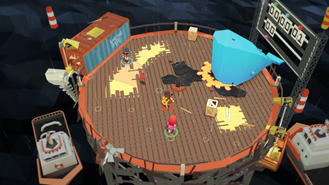