In its announcement of the second Android N Dev Preview, Google mentioned support for Unicode 9, including more human emojis, skin-tone emojis, more characters, and overall more realistic emojis. Google explained that developers should start taking advantage of the new emojis in their messaging and keyboard applications, and one of the most obvious examples is Google's own Keyboard which shows many of these changes.

First up, the emotions / faces panel sees more forward-facing blobs instead of the many emojis that were previously looking toward the left. There are a few changes here and there in some emojis, but most of them kept the same allure. But move past the expressions and you'll see many more changes. Starting with the ghost, pile of poo, and going down through the family members, policeman, queen, detective, Santa Claus, bride, haircut, and finally the whole selection of love and family emojis, there are lots of changes and more human-looking drawings instead of the yellow blobs we're used to.

Next, in the activity tab, there are a few changes but they're quite limited now. The most obvious are the football and baseball, the golfer, skier, surfer, horse-rider, swimmer, weight-lifter, cyclist, and mountain biker. There should be plenty of other activity emojis supported as well, but the Google Keyboard app doesn't seem to be updated to show them all. 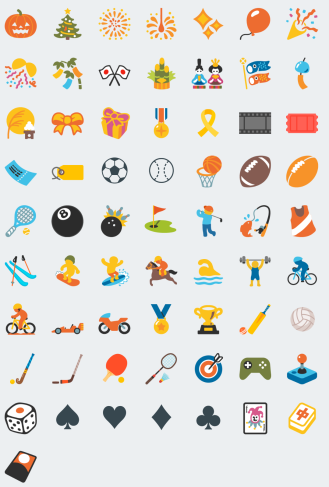 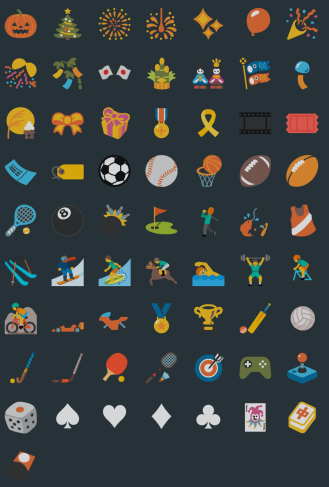 And the last place where you'll notice a move away from the yellow blobs is in the symbols panel where some signs have changed like the handicapped and restroom ones.

There are probably plenty of other emoji changes in the other panels as well, but these are the most obvious ones when it comes to the switch from the old yellow blobs to the new human forms.