We know Sony likes big phones - the Z5 Premium or the absurd (but kinda cool) Z Ultra range laying testimony to this. Well, now it looks like it has another massive phone under its belt - the C6. This phone is the follow-up to the C5 Ultra, another 6-inch device released in August 2015; it's immediately obvious that the design of the C6 is similar to the C5.

According to Xperiablog, the C6 will have a 6-inch screen and a front-facing flash, both of which are definitely unusual for today's smartphones. To add to this, the device will have minimal side bezels and, like the C5 Ultra, a MediaTek chip, meaning it might be aimed at Sony's home country of Japan, or maybe a wider Asian release. MicroUSB is still present on the bottom, forgoing the newer USB-C connection. Something else to take note of is the microphone in the bottom corner of the lockscreen, indicating this is running Marshmallow, with Sony's skin on top.

Otherwise, the device looks similar to most Sony handsets, with that familiar square, boxy design that's been present since the original Xperia Z. Xperiablog also notes the device may be sold with dual SIM support, although we'd be surprised if a single SIM version didn't launch too. Sadly, the top and bottom bezels still let Sony down, making this device considerably larger than it needs to be. 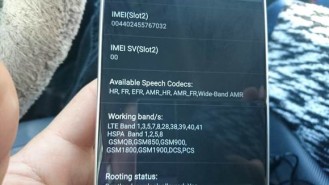 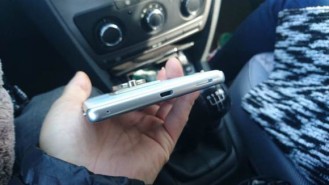 Xperiablog does say the C6 may never come to market, so don't bet on this being your next phone.