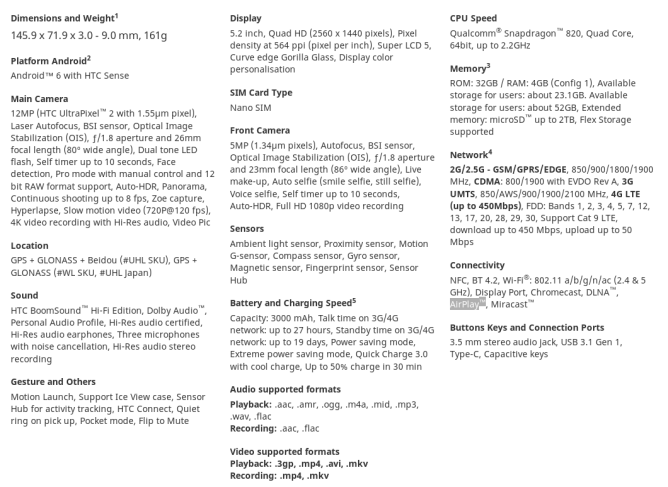 According to Engadget, the HTC 10 only supports audio streaming. You can wirelessly play music through your Apple TV or an AirPlay-enabled speaker, but not video.

There are alternative ways to connect the HTC 10 and other Android phones to your Apple devices. The AllCast app is one example.

Another approach would be to pick up a Chromecast or Chromecast Audio. They're cheap and will work with Android and your laptop, regardless of which OS it runs.

Still, this gives the HTC 10 something else to differentiate it from the competition. With the phone's sleek build quality, this may be one more perk for an iOS user looking to swap ecosystems.