If you're around the same age as me, you fondly remember playing the Pokemon Trading Card Game (TCG for short) for hours in middle school. Or more accurately, you remember watching all the other kids play it because your parents couldn't afford to buy 10,000 licensed pieces of cardboard just so you could get a shiny Blastoise. (It's OK, I played the Game Boy Color version for vicarious thrills.) As it turns out, the Pokemon card game is still rolling along with a huge following, and now there's even an online digital version. Yes, that's a video game based on a card game based on a video game - try to keep up. 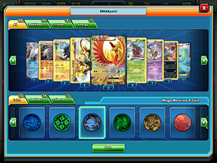 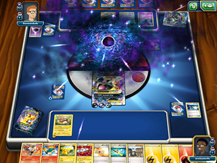 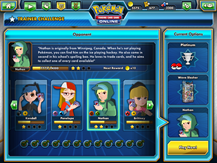 Before now the Pokemon Trading Card Game Online was accessible with clients for Windows, OS X, and the iPad. Today Android players can catch 'em all and join the beta on the Play Store. Head to this link, click "become a tester," and you're in. You'll need a tablet (sorry, no phones invited) running Android 4.0 or later to download the app. At the moment the game's a little rough around the edges, and it doesn't seem to be working at all on the Pixel C running the Android N preview.

The online game is a faithful interpretation of the card game, including one-on-one multiplayer, card collecting, deck building, and the most crucial experience of them all, paying for cards. In-app purchases are available for currency (used to buy card packs) and Tournament Tickets, which can be used to enter special online matches with booster packs and tokens as prizes. Note that the Pokemon Trading Card Game and the online version are produced by The Pokemon Company, not Nintendo.

[Deal Alert] Monoprice Has The Pebble Time Smartwatch For Under $100 (Plus Tax And Shipping) ...