Google shipped quite a few updates this week, some of which are adding (or teasing) legitimate usability improvements, while others tend to be a bit more cosmetic. The new version of YouTube Gaming leans in the direction of the latter group, though some of its changes speak to subtle improvements for information visibility. There are quite a few little details and some of them aren't obvious unless you're looking very close. 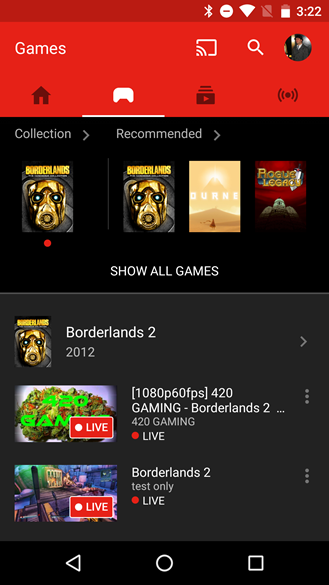 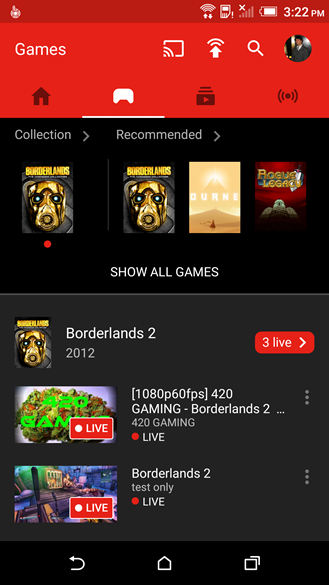 The first change stands out pretty clearly: it's a big new button in the title bar. Tapping on it will instantly launch the setup for live streaming from your own device. This isn't really a new feature, but just a shortcut to the same interface you could already reach by tapping on your picture in the upper-right corner and then on "Go Live."

I expect that this was done to bring more awareness of the live streaming feature and encourage more people to start doing it themselves. Of course, a lot of people probably didn't even realize tapping on the account photo would open a menu, so they might not have even known live streaming was an option.

Another change is also visible in the screenshot above, but it's about half-way down the screen. A red box now shows how many live streams are currently running for a particular game. Tapping on that bar still leads to the same list, but now you have a better idea of what to expect before actually looking through the list. 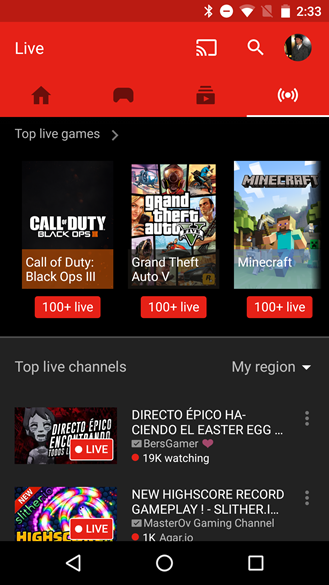 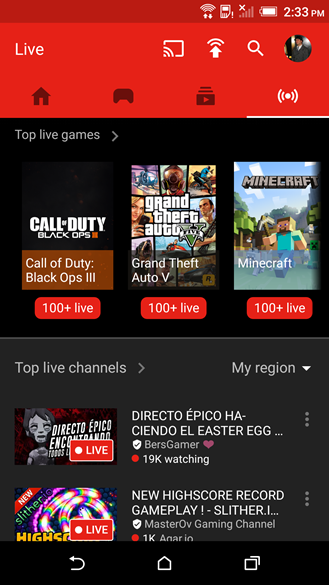 A second set of screenshots shows off the rest of the adjustments. Start by looking closely at the listings for individual live streams, specifically the name of the person running the stream. You'll find the difference is in the tiny icon to the left of the name. In the previous version, it was just a generic box with a checkmark. Now, the box has turned into a badge, which usually indicates that the account has been verified.

Just to mention it, the boxes with "100+ live" are also a bit more rounded in the new release.

Much like the shortcut to go live, there's another new-ish feature that doesn't really add anything new, despite the way it looks at first. Look to the middle of the screenshots for the text "Top live channels," then just to the right where the new version has added an arrow ">" symbol. Tapping on it launches a new screen with a list of videos broken into three categories: Subscriptions, Live, and Featured. If you're paying attention, these are the same groups available in the main screen, but this one spells out the page names and gives more space for content. 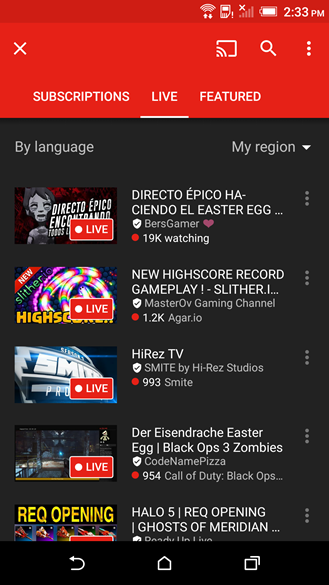 As always, updates like this often contain some other tweaks and adjustments that aren't seen on the first pass, so keep an eye out for more changes. If you haven't received the update already, hit the link below and download the apk appropriate for your device.